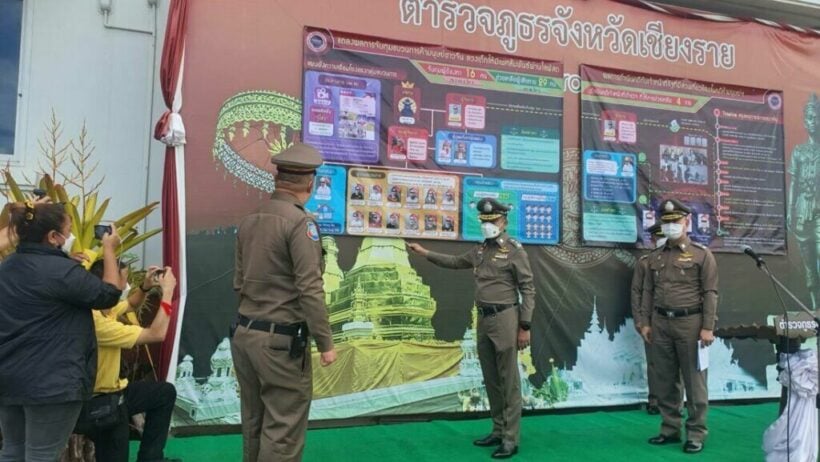 Another day, another story involving Thai police taking bribes, this time in Chiang Rai. According to deputy police commissioner Surachate Hakpan, a.k.a ‘Big Joke’, 4 officers in the northern province took a 1 million baht bribe from a Chinese gang filming live pornography at 2 resorts.

One of the officers had allegedly searched the gang’s filming spot March 31. He reportedly found recording equipment, phones, condoms and sex toys. But the officer didn’t go after the gangsters- instead, he immediately announced that he hadn’t found anything. No charges were pressed.

But later, it was discovered that a fixer who arranged locations for the gang had gone to the bank to withdraw 800,000 baht. On April 1 and April 4, the fixer, Anusorn, gave the money to the 4 rogue officers. In return, they gave back the equipment they had seized.

Shortly after the dirty little exchange, the gang continued filming their ‘projects’, moving their work to a different resort. Meanwhile, Anusorn continued making visits to the bank to withdraw more money.

On May 26, tech police raided the second resort, arresting and charging a Chinese man, 2 Thai women, and several Thai, Chinese, and Laotian performers. One performer was 17 years old. Then, the 4 rogue officers were also arrested and charged.

General Surachate flew in to Chiang Mai on Thursday to announce the officer’s arrests to the press.

Bribery among Thailand’s police is a notorious issue, something the country is often ridiculed for. Police often bribe suspects involved in drug and sex crimes to give them money in exchange for not jailing them.