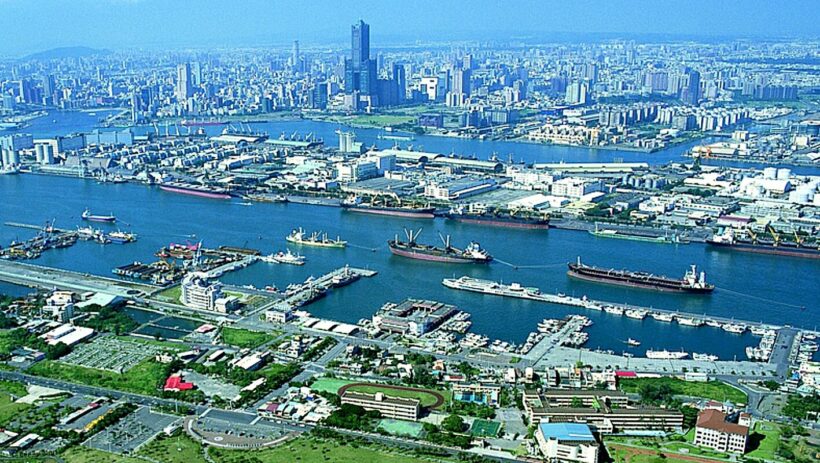 As tensions escalate with China exerting authority over Taiwan, many shipping vessels are going out of their way to avoid Kaohsiung port in the south of Taiwan, fearing for their safety. Chinese military ships are running drills and exercises just 15 nautical miles from the vital shipping port, making shippers worry about possibly being hit by Chinese missiles.

Almost half of the shipping container vessels on the planet have passed through the Taiwan Straight this year, and it is an essential route for global supply chains. And Kaohsiung port is an important port where boats pick up Taiwanese semiconductors and petrochemicals from the government-owned CPC Corp vital to making goods.

Many cargo ships are choosing to drop anchor in open waters instead of in the normal shipping port just to be safe, even though anchoring at sea burns fuel and wastes money. But the deputy head of Drewry Maritime Advisors says most shippers think it’s worth bypassing the risk for now.

“They will avoid going to Kaohsiung for the next two to three days because that’s directly in the line of fire. Some dry bulk ships and tankers have been asked to anchor and wait for orders.”

On the other hand, the vice president of the port says that Kaohsiung is fully operational with no shipping congestion outside the port and no negative effects from the Chinese military drills. The Transportation Ministry of Taiwan says piers in the harbour are available and they have not had any vessels cancel scheduled arrivals or departures.

Ships are still able to pass through the waterway but have to be mindful of the Chinese drill zones. Several natural gas suppliers have played it safe though and are waiting for the military exercises to end.mAirlines have had the same fears and are avoiding Taiwanese airspace just in case of a problem, with Thai carriers be advised to do the same.

Worrisome disruptions are expected to continue in the shipping port for several days, the effects of which could ripple out to be felt for much longer across the globe.

Italian runner accidentally shows off his crown jewels to the world