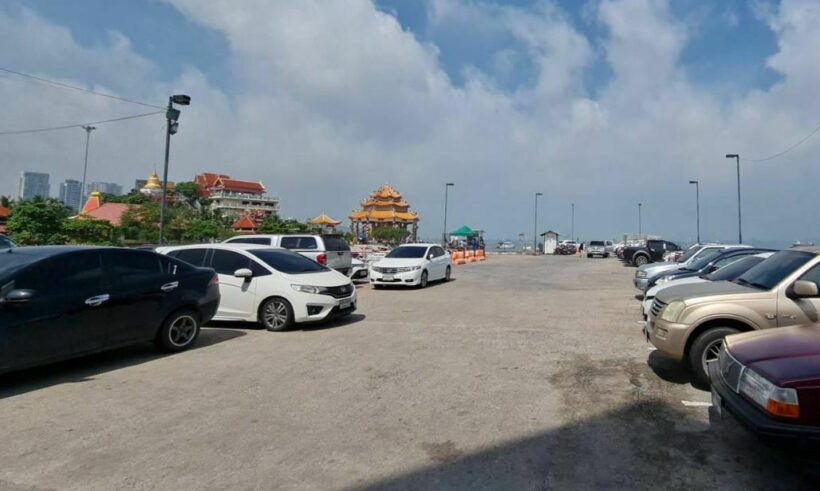 Police in Sri Racha district of Chon Buri province are stepping up security after a tourists’ car was damaged this week, likely over his parking spot on Koh Loy island. The tourist, 29 year old Chutiphong Thongmee, had parked his car there before boarding a ferry to another island. When Chutiphong returned from his day trip, he was horrified to discover that his car was badly scratched, and the tires were deflated.

Locals told Chutiphong the spot where he parked was usually for people who came to drop off shipments and immediately left. He said that similar incidents had happened before on Koh Loy.

Now, District Chief Chatchai Timkrachang has doubled security, and ordered officers to survey the carpark area more often. Chutiphong had claimed that a surveillance camera nearby could not record the suspect.

As a long-term solution, Chatchai announced that Sri Racha Municipality plans to build a 6 storey parking garage, now that Koh Loy is seeing a tourist influx. The garage is set to be built near an old gymnasium. He also warned unfamiliar drivers not to block traffic when they park, as it may lead to unwanted incidents.

Just days before Chutiphong’s car was damaged, a similar incident happened in Patong on Phuket’s west coast. The suspect slashed a car’s tires when the driver parked “too close” to their car. The suspect said they were afraid their car might get scratched, and they lost their temper.