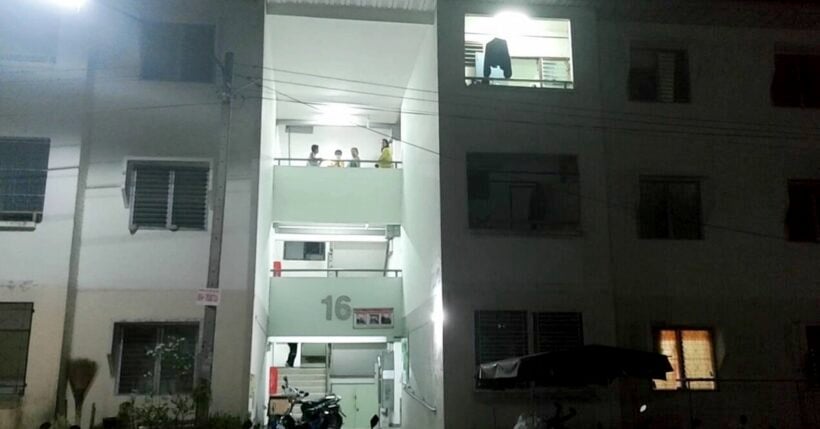 A woman in Chon Buri has jumped from her balcony last night to escape her boyfriend, who she claims held her against her will in an apartment for about a year. Rescue workers took the 28 year old woman to a local hospital for moderate injuries after she jumped from the third storey balcony.

But Nong Prue police told The Pattaya News that they are not completely convinced of the woman’s claims. The police plan to speak to the woman and any other parties involved after she recovers from her injuries.

The woman’s boyfriend was not immediately identified. The incident happened in the Na Kluea area of Bang Lamung district in Chon Buri province.

Another alleged incident of domestic violence happened in Bang Lamung in May. A man allegedly pointed a gun at his ex-girlfriend’s face in the middle of a street. The 18 year old woman and her 22 year old sister said the ex-boyfriend followed them on a motorcycle before he pointed the gun at her face. They said he brought up their personal history.

The woman said she begged her ex to stop, but he was “enraged” and began waving his gun in passerby’s direction. The man allegedly only drove off on his motorcycle when he realised someone had called the police.

Pattaya eyes tourism revival with nightlife until 2 am again