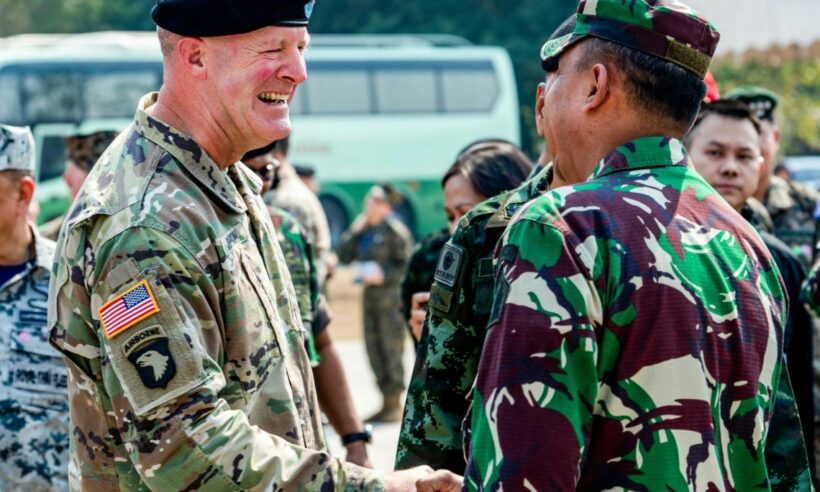 The military exercise known as Cobra Gold is expected to be back to it’s normal size by 2022. This massive joint military training operation between Thailand and the United States has been scaled down due to concerns over Covid-19. The exercise is one of the longest running military training events in the world that is has been held annually since 1982. It was originally designed to simulate a quick response to a regional crisis in the Indo-Pacific, whether that be either a military or a humanitarian operation. The operation provides an arena in which tactics and technology specific to the region can be shared and further developed.

Historically, the exercise has involved anywhere from 4,000-7,000 US military personnel, with some years seeing as many as 10,000. But this year, Covid-19 affected participation, with only 600 American soldiers attending. The Chief Commander of the US Indo-Pacific Command Admiral John Aquilino paid a visit to Thailand from October 10-13. During his visit, he reaffirmed his intention to see Cobra Gold not only get back to normal, but to expand in size. As the training is Southeast Asia’s largest, he also noted that he hoped to see more troops from other countries participating. In an interview with the Bangkok Post, the next Cobra Gold Exercise will be held in February of 2022.

“We’ll execute it in a way that meets the needs, desires and restrictions for Covid-19 as determined by Chief of Defence Forces of the Royal Thai Armed Forces [General Chalermpol Srisawat]. Together we’ll work to get it back to normal as soon as possible. And in the future hopefully expand the training complexity of the exercise and potentially even increase the nations participating. It’ll be up to the [Thai] chief of the defence forces’ consideration to see which other countries will join the exercise. He and I will collaborate.”

“I spoke with both the PM and General Chalermpol and told my Navy sailors to look forward to coming back to Thailand as soon as possible. But I don’t know for sure yet which ships will sail here. We’ll plan for port visits and also a sailing plan.”

“The alliance between Thailand and the US is a very important part of ensuring that we keep the peace and stability across the region. Thais should be comfortable knowing the [Thai] chief of defence forces and I are coordinating together.”

Thailand’s creative industry to grow by over 3% next year