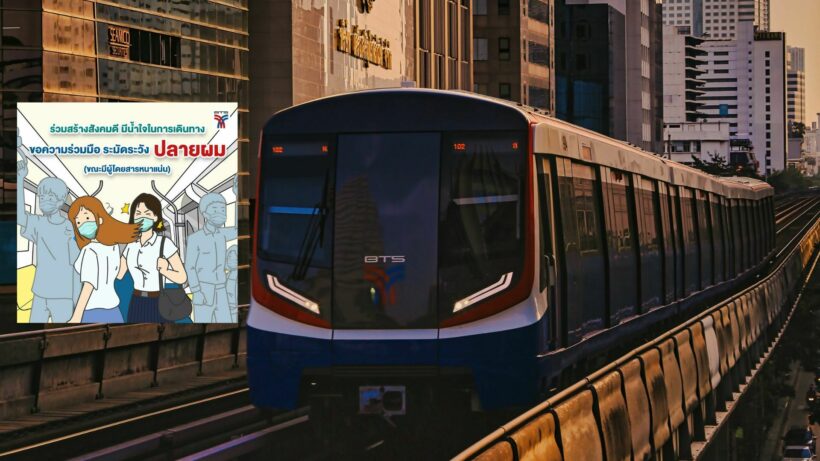 Here we go again. Commuters on the BTS Skytrain with long hair have been asked to refrain from flicking their hair because there is a danger it will hit the faces of other commuters, especially during rush hours, the BTS Skytrain operator says.

Several commuters complained about passengers flipping their hair on the train and, on occasion, accidentally hitting the faces, eyes, or mouths of others.

Commuters with long hair are recommended to hold the end of their hair when they enter or walk past other commuters, to maintain a friendly atmosphere while using public transportation.

During rush hours, when many people are forced to stand near each other, some passengers revealed they had experienced someone’s hair being brushed across their face, but admit they are hesitant to say anything.

Back in April, BTS Skytrain had asked passengers to avoid crossing their legs while sitting on the train during rush hours.