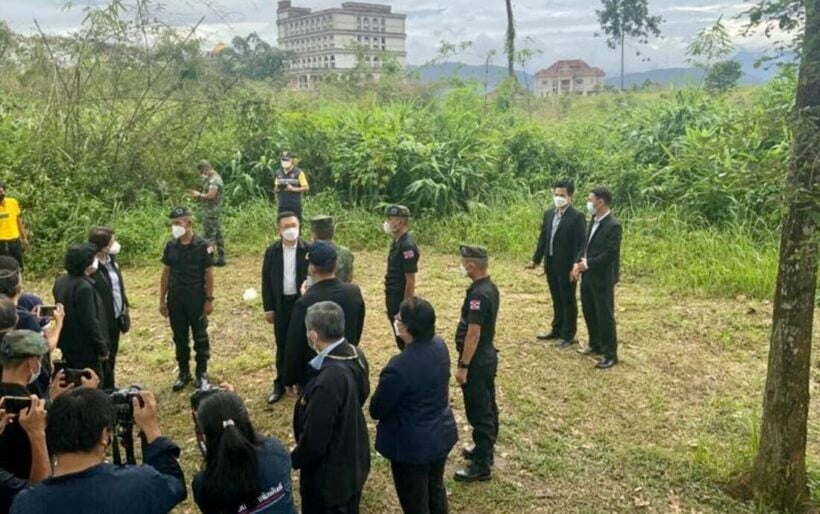 There’s conflict over a Cambodian casino in the eastern province of Trat, which borders the 2 countries. Trat’s ranger regiment says the casino has encroached into a Thai watershed area, and has sent Cambodia a letter on the issue.

Senior officers from the ranger regiment said yesterday that there are border conflicts in 17 spots in Laem Klat sub-district of Trat’s main city district. The regiment has held talks with Cambodia about encroaching buildings, some of which have now been partly demolished. Officials from the Senate Foreign Affairs Committee visited the area yesterday to study the issue.

Casinos are illegal in Thailand, as are most forms of gambling. A survey released last month showed that a majority of respondents, almost 81%, think Thailand should open a legal casino complex. This was out of 3,296 respondents.

Last month, Chuwit Kamolvisit, a former politician and controversial owner of a massage parlour, backed the legalisation of casinos in Thailand. He said he believed this will boost revenue and draw tourists from abroad. He said…

“It shouldn’t be ignored any longer, and people should face the truth that many locals take part in gambling.”

Time will tell what officials decide about the dispute over the Cambodian Casino in the Trat border area.

Best fine dining restaurants in Bangkok to try this August (2022)