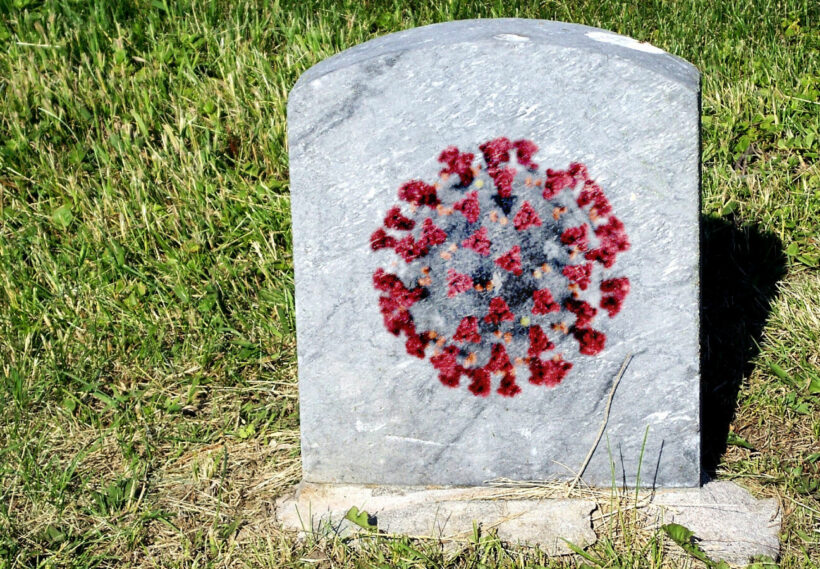 Deaths as a result of Covid-19 in Thailand have fallen significantly from an average of around 250 at the beginning of last month, and today set a low over the past several months of 56 fatalities. But there is still a human toll to the tragedy of the pandemic, where 18,755 people have died since the beginning of the third wave of the virus on April 1. In yesterday’s 74 deaths, a baby in Chiang Rai was amongst those who lost their lives.

In the northern province of Chiang Rai, a baby that was just one month old was infected with Covid-19 and died as a result. The baby is believed to have contracted the coronavirus from family members.

Also among the deaths in yesterday’s figures, 6 people died in tourist hotspot Phuket, all of which were considered part of the high-risk demographic officials there labelled Group 608. That includes people over 60 years old, women more than 12 weeks pregnant, and those with any of the 7 recognised medical conditions that make patients more vulnerable. 5 of the 6 deaths were unvaccinated, while the vaccinated victim had high-risk community contact and suffered from renal failure and hypertension.

Phuket has had 32 deaths this month, after 55 deaths in September. Prior to that, the province had suffered only 20 deaths total since April, showing a sharp increase in fatalities as now 107 people have died of Covid-19 on the island.

Chon Buri, where daily infections had hovered around 1,000 in mid-September and steadily declined this month hitting a new low of 289 infections in the last 24 hours, 3 new deaths were recorded in yesterday’s report and 3 more in today’s report. Of the 3 deaths yesterday, 2 were vaccinated, but all 3 had come in close contact with infected family members and had chronic health problems.

Since the beginning of the third wave of the Covid-19 pandemic, over 1.8 million people have been infected. Daily infections have reduced with being the 6th day in a row with national infections under 10,000. In September, there was a daily average of 13,292 infections while so far in October, the average has dropped 3,000 per day to 10,292.

Today’s death toll of 56 is the lowest it’s been in many months. September averaged 171 deaths per day of Covid-19 and so far this month, the average has dropped more than half to 85 average deaths per day nationally.