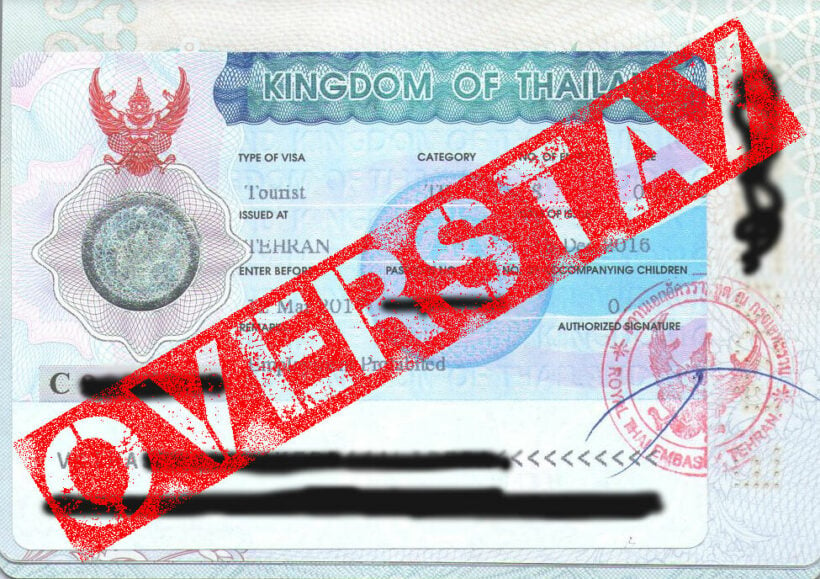 While attempting to curb the spread of Covid-19 through migrant workers and illegal immigrants, Immigration Police have arrested 14 foreigners with egregious overstays. Today’s announcement of the bust of 14 foreign nationals took place mostly in Northeastern provinces.

The Immigration Chief explained that officials at immigration have been proactive in seeking out people who entered Thailand illegally to prevent an influx and spread of foreign-based Covid-19 infections. As part of their routine inspections, immigration officers are asking for passports and paperwork showing information of arrival into Thailand from all foreigners they meet.

They are looking for people who crossed the border illegally and therefore were not tested for Covid-19 and did not participate in the mandatory quarantine procedures that safeguard Thailand against a massive importation of Covid-19 infections and possibly various strains. The discovery of these long-term overstays was merely a side-effect of their goal of stopping illegal border crossings.

In Nakhon Ratchasima, Roi Et, Surin, and Yosothon, all Northeastern provinces, a total of 8 foreigners travelling on Indian passports were taken into custody. In Khon Kaen, 2 citizens of the African nation of Cameroon were uncovered on long overstays.

The 4 others arrested for overstaying their visas and staying in Thailand well over the allowed lengths were citizens of Vietnam, Cambodia and Myanmar. The list of names released in the announcement today listed included 6 people with the last name Yadev, suggesting a family living illegally for several years in Thailand.

One of the Cameroon citizens had the longest overstay with 2,779 days, approximately 7 and a half years. 2 more of the arrests were for overstays of more than 4 years. In total, 5 people had gone over the legal limit by more than 1,000 days or about 3 years. Most of the other overstays were around 700 days, or two years, since before the Covid-19 pandemic border closures began. The least overstayed was the Vietnamese national, who was over by more than 200 days.

For more information on how to avoid a visa overstay in Thailand, CLICK HERE.