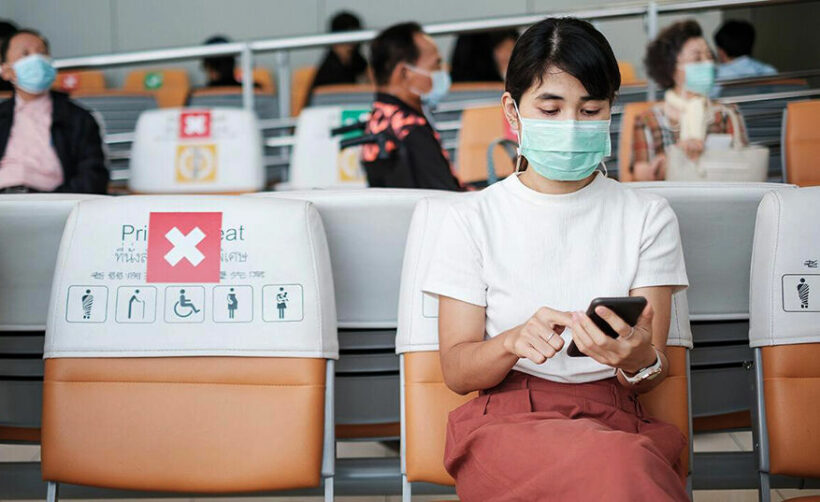 Last week the Thai public health department declared that Thailand would move into a “post pandemic phase” from July 1. But a leading heart disease specialist, Dr Manoon Leechawengwongs, at the Vichaiyut Hospital in Phayathai is calling on the Public Health department to postpone the declaration, saying that the current rise in cases proves that Thailand “is not ready”.

Last week the CCSA decided to use the term “post pandemic phase”, deferring to the World Health Organisation to make the “endemic” call in its own time.

The specialist cited the number of new Covid-infected patients being admitted to his hospital, saying that it was rising at a high enough rate for the hospital to hurriedly reopen its Covid ward.

The number of Covid infections has been trending up again after dipping below the 2,000-case mark a few times last week. Hospitals are reporting to the CCSA, Thailand’s Covid taskforce, of a rise in the number of hospitalisations, although the number of Covid-related deaths remains low. Today’s Covid total includes 2,350 community cases and 4 imported cases, a drop from yesterday’s total of 2,695. The total of PCR positive tests doesn’t include the 4,000 – 4,500 daily positive ATK tests that are registered with the CCSA – that number is also creeping up.

Figures from the CCSA on June 29 indicate that a total of 23,931 people were still receiving treatment for the Coronavirus in Thailand, a number also trending up slightly compared to last week, including 10,587 in hospitals. Another 1,216 people were in government field hospitals or hospitel facilities. 12,099 people are still in home or community isolation.

684 patients are currently considered critically ill, and 290 patients are now dependent on ventilators – both figures also trending up over the past week.

Dr Manoon Leechawengwongs believes that, considering the current situation in hospitalisations, today’s declaration should be put on hold, claiming that “all hospitals in Bangkok are now seeing a spike in Covid-19 cases”. The CCSA reported yesterday that hospitals in provinces such as Samut Prakan (south east of central Bangkok) “are seeing a higher rate in excess of 20%”.

The CCSA is also reporting a spike in “critical lung infections” to 684 patients yesterday, a steep rise over the past 2 weeks.

But a CCSA spokesperson yesterday clarified that they were now considering raising Covid-19 control measures at the moment, “as the number of new patients found to be infected by the more transmissible BA.4 and BA.5 sub-variants remains low”.

And the director-general of the Department of Disease Control, Dr Opas Karnkawinpong, says that the current rise in cases ” is only been observed in certain provinces, while the number of severe cases has slightly increased”.

From today, the Thailand Pass is no longer in use for foreign arrivals in Thailand, along with the dropping of the compulsory US$10,000 insurance.