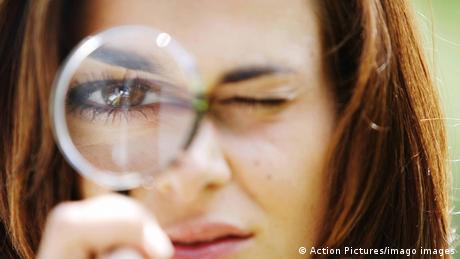 Jon works for the local government in the US state of Virginia. The 40-year-old received both his COVID shots in April. Most of his coworkers are vaccinated, too. But how does he know that’s the case?

“I find most people will volunteer the information,” Jon told DW. “Even though we’re not supposed to ask.”

In many other workplaces around the world, COVID-19 vaccines are the talk of the physical and virtual watercooler — “Did you get a shot?” and “Which one?” — are common conversation starters.

In Germany, the immunization drive has had a slower start than in some countries. Many people are waiting for the chance to roll up their sleeves for a jab and seem to have few qualms talking about their vaccination status.

“In our team, basically all of us know who had their vaccination appointments when and which vaccine they got,” said Thekla, who works for a freight forwarder in the northern German city of Bremen. She told DW that she has not had her shots yet but said she was able to score appointments, with the first one coming up next week.

While the 33-year-old said endless discussions about the immunization effort are getting old, she has no problem sharing her own status with her coworkers.

“In terms of privacy, I think the question of whether I’ve been vaccinated is OK to ask,” Thekla said, adding that on her days in the office, she could be working closely with one or two different colleagues.

In Germany, however, there are very clear rules about who is not allowed to ask.

“Your boss neither has the right to tell you to get vaccinated nor the right to ask whether you’ve already had your shots,” Dr. Wolfgang Panter, the president of the Association of German Company Physicians (VDBW), told DW.

Superiors can’t ask their company doctor whether employees have already had their shots either. The coronavirus may have triggered a state of emergency the world over, but basic privacy laws haven’t changed for people in Germany.

“All doctors, including company doctors, still have to adhere to medical confidentiality,” Panter said. “The pandemic doesn’t invalidate that.”

There are no laws about what the colleague at the desk across from yours can ask. But if you don’t feel like sharing your vaccination status, “you are not obliged to answer,” Panter pointed out.

How those conversations go largely depends on the overall workplace culture, the VDBW president said. If colleagues get along and superiors have a general interest in their employees’ lives, most people are likely to be open about their vaccination status or even share the celebratory “Band-Aid on the arm”-selfie in the work group chat.

But in workplaces where colleagues are rivals and the boss rules with an iron fist, employees are “probably going to hold information back,” Panter said.

Doris considers herself lucky to be among the former group. The 33-year-old works at a communications agency in Brussels and said the topic of COVID vaccinations comes up in the work group chat and on the rare occasion when colleagues meet at the office.

“Our management doesn’t insist on asking people,” she told DW, “but everyone brings it up on their own.”

Most of her 15-person-team is in their 30s and 40s, and now that Belgium has opened vaccination appointments for that age group, there’s been a “friendly competition” among her colleagues to see who will have their shot first, Doris said. “Everyone is just really excited to get their appointments.”

Working next to vaccine skeptics

That’s different from Sarah’s office. She works for a construction company in a rural, conservative part of the US state of Wisconsin. Only Sarah and one other person at the office of eight have been vaccinated.

The other employees she sees over the cubicle walls don’t plan on getting the shots because “they don’t trust the government or the CDC [Centers for Disease Control and Prevention, the US health protection agency],” Sarah told DW.

But differing views on vaccination have not morphed into hostility at the workplace. “We talk about the vaccines openly here,” the 32-year-old said. “There is a lot of civil debate, and both sides see the other side.” Since she got her shots in April, she said she does not feel uncomfortable working next to unvaccinated colleagues.

Extra pay for a vaccination?

Companies around the world are offering incentives for their workers to get vaccinated. In Germany, bosses could create bonuses like an extra vacation day or cash payments for everyone who gets their shot ― if they follow certain rules. In April, German retailer Edeka Nord announced it would give employees who were part of a higher-risk group a €50 ($60) gift card to its stores for getting vaccinated.

In the US, supermarket chain Lidl, for example, announced in January that every employee who got vaccinated against COVID-19 would receive a $200 (€165) bonus.

VDBW President Panter said he views this approach critically. “I personally find it very wrong to create incentives like this for something that everyone should get to decide for themselves,” he said.

It’s unlikely there will be much of a need to motivate employees to get vaccinated in Germany, according to Panter.

“There’s a high demand for the vaccine here,” he said. “I don’t think that’s even going to be necessary.”

What is disinformation — and how can you fight it?