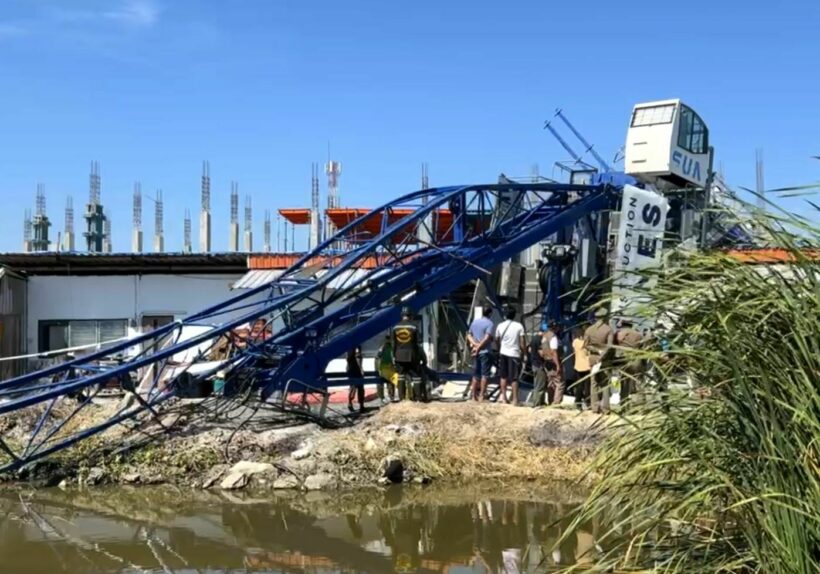 A crane collapsed at a condominium construction site this morning and landed on a row of rental rooms, killing one person and injuring two others. The engineer overseeing the project in Samut Prakan’s Bang Po district, southeast of Bangkok, is being called in for questioning by police.

The crane was being used to spread concrete on the second floor of the planned five-story condominium complex on Rattanarat Road in Tambon Bang Bo, according to local media.

A somtam vendor at the scene says the biker bought lunch from her shop. According to the Daily News, she heard a huge explosion and watched the crane collapse shortly after he left.