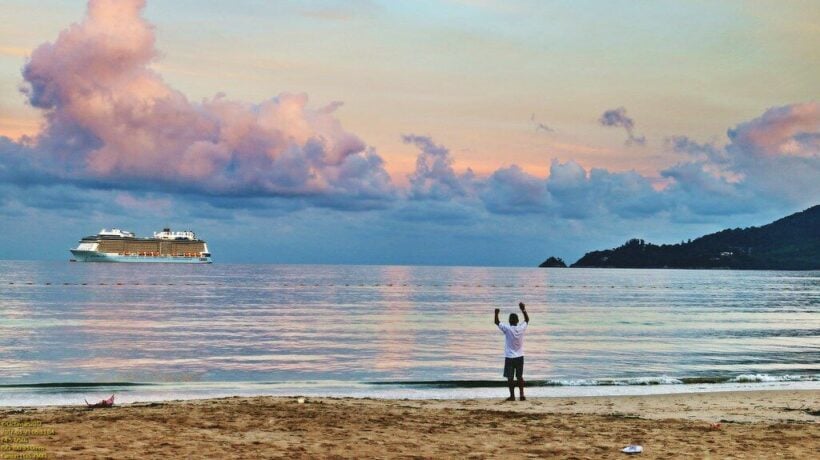 The southern island of Phuket is set to welcome back the cruise ships, for the first time since the start of the pandemic. According to a Bangkok Post report, the Spectrum of the Seas will dock in Phuket next month. Pichet Songtan from the Thai Maritime Enforcement Command Centre Region 3 says officials have given the ship, which is operated by Royal Caribbean International, permission to dock.

The Spectrum of the Seas has 16 decks and can transport 4,188 passengers, at a full speed of 22 knots, according to the Bangkok Post. It’s understood the cruise ship will resume travel on East Asian routes, according to the operator’s website.

Prior to Covid-19, Thailand welcomed around 200 cruise ships a year, bringing 400,000 tourists, and generating annual revenue of around 800 million baht. This made Thailand the eight most-visited country by cruise ships travelling in Asia.

In related news, government spokesman Thanakorn Wangboonkongchana says that as of Sunday, 1 million tourists have arrived in Thailand since the start of the year, data which has pleased Thai PM, Prayut Chan-o-cha. The figure represents an increase of 2,368%, compared to last year, with tourism revenue up by 1,424% for the same period.

Thanakorn says the PM is expecting at least 300,000 tourists to visit the kingdom every month, as a result of “Visit Thailand Year 2022-2023”, a government campaign aimed at boosting growth in the tourism sector.