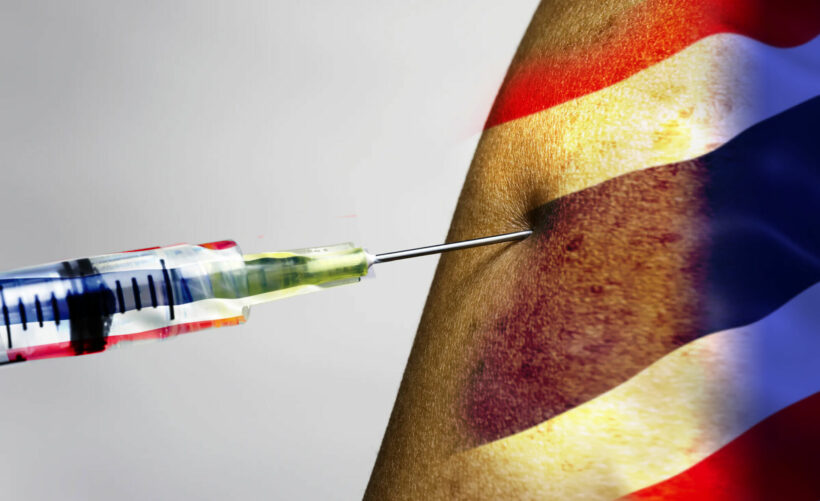 As the Department of Disease Control focuses its strategy on getting everyone vaccinated and planning booster shots for next year, one problem has emerged for vaccinating people in provinces with low vaccination rates: they’re not there. As officials try to incentivise people to get vaccines, they are finding that in some provinces, unvaccinated people simple don’t actually live at their registered addresses.

The DDC has its sights set on herd immunity and believes they will vaccinate enough people by next month to hit the levels they believe they need. After that, a drive of booster shots will be launched to keep immunity levels high throughout the country. While a few million have already received a third booster shot vaccine, the Director-General of the DDC says that beginning in January, Thailand will roll out a big booster shot push and is calling on people to get their shots at the appropriate time.

Meanwhile, as the country pushes to increase its vaccination rate, the DDC is focusing on the 10 provinces that have the lowest vaccination rates and calling on the chief public health officers in each to figure out how to increase rates and get people vaccinated. Some provinces have volunteers going door to door looking for people who have not yet been inoculated and asking them to get their vaccines. Others are adding bonuses or contests to motivate people to get vaccinated. Rice, cattle and lotteries have all been offered to incentivise people, as well as prize drawings for bigger rewards.

But in some low vaccination provinces like Nong Kai and Nakhon Phanom, part of the reason vaccination rates are so low is that people aren’t actually there. Many people are registered as living in the provinces, but have actually moved to Bangkok for work and didn’t update their legal addresses with forwarding contact information. The DDC urged unregistered people in Bangkok from these provinces to use the walk-in services at the Bang Sue Grand Station Central Vaccination Centre to get inoculated.