A highly toxic pesticide used to control bedbugs in some holiday hotels in Asia may have caused the mysterious deaths of two Quebec sisters travelling in Thailand as well as several other tourists, according to new evidence from a joint investigation by CBC’s the fifth estate and Radio-Canada’s Enquete.

Audrey and Noémi Bélanger set off on a trip through Thailand in 2012. Days after they arrived at the popular tourist destination of Phi Phi Island, a maid found the sisters dead in their hotel room. Both were covered in vomit, with their fingernails and toenails tinged blue.

Now, for the first time, a Thai official is admitting that the sisters were probably killed by pesticide.

“The most likely explanation is the acute intoxication and it is intoxication from the chemical that belong to the pesticide group,” Dr. Pasakron Akarasewi, with Thailand’s Ministry of Health, told a CBC/Radio-Canada investigation.
‘If you’re asleep in the room next to it or in the room where it’s been under fumigation, you’ll be dead in a few hours’Denis Bureau, fumigation expert, on aluminum phosphide
At the time, local authorities suggested several possible causes, from food poisoning to drugs. The Bélangers requested that the Quebec coroner do an autopsy on their daughters. Almost two years since the autopsy was performed, the results have not been released. They are expected to be made public in June.

The CBC/Radio-Canada investigation received a tip about what may have killed the sisters that points to a lethal pesticide called aluminum phosphide.

In Canada, the use of this pesticide is strictly regulated, and fumigators must get six months of training before they can handle it. Denis Bureau, a fumigation specialist in Quebec who is licensed to use it, told the fifth estate’s Mark Kelley that it could kill a human in less than two hours if the concentration is high enough.

“If you’re asleep in the room next to it or in the room where it’s been under fumigation, you’ll be dead in a few hours,” he said.

Bureau said aluminum phosphide is commonly used to kill insects in large spaces such as grain silos or ship cargo holds. In Canada, it is not permitted to be used in spaces like homes or hotels. It is typically found in the form of pellets that, once exposed to air and moisture, release a poisonous gas called phosphine.

In Thailand, authorities told the CBC/Radio-Canada investigation that the use of aluminum phosphide in hotels is strictly forbidden.

A team from ​Enquête went undercover to visit seven pest control companies in Thailand to see if it is possible to get the pesticide for use in a hotel.

Employees at most of the companies said they did not use this pesticide in hotels. But at one company, the owner explained how simple it is to use aluminum phosphide pellets to kill bedbugs in a hotel or guest house. After three days, she said a room fumigated with aluminum phosphide would be safe to sleep in.

The CBC/Radio-Canada investigation learned that the Bélanger sisters are not the only travellers whose deaths may be linked to this pesticide. In May of 2009, two other tourists staying on Phi Phi Island also died mysteriously. 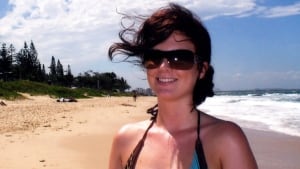 Julia Bergheim of Norway died within hours of American tourist Jill St. Onge on the same Thai island in 2009. (Courtesy of the Bergheim family)

​Norwegian Julie Bergheim and American Jill St. Onge were staying in adjacent rooms at the Laleena Guest House, and they experienced similar symptoms including vomiting, dizziness and blue fingernails and toenails. Both were dead within 24 hours.

Four years after her daughter’s death, Bergheim’s mother, Ina Thoresen, received a report from the Norwegian Institute of Public Health. Authorities there had consulted with leading experts from around the world about what happened to her daughter. Though they could not state the exact cause of Bergheim’s death, they concluded that the most likely cause was poisoning from the phosphine gas released by the pesticide.

The Norwegian report also states that Canadian medical examiners found traces of the gas from aluminum phosphide in the bodies of the Bélanger sisters.

Toxicologist Joel Mayer said that the symptoms experienced by the Bélanger sisters, Bergheim and St. Onge are typical of someone exposed to aluminum phosphide.

Mayer said blue fingernails and toenails are a classic sign of oxygen deprivation.

“It’s a respiratory poison, affecting the transport of oxygen … or interfering with the utilization of oxygen by various cells in the body,” he told Kelley.

In all, since 2009, there have been about a dozen suspicious deaths of other tourists in Thailand, some of which may be linked to the misuse of pesticides.

In 2011, four people staying in a hotel in the northern Thai city of Chiang Mai died within a few days. After those deaths, a Thai investigation suggested pesticides might have been the cause, and recommended further study of the risk.

At Thailand’s Ministry of Health, Akarasewi said there is growing concern about pesticides. “Chemical poisoning is one of the emerging problems. So we hope we can do the job better in the future,” he said. He seemed surprised to hear that aluminum phosphide might be used in hotel rooms, since it is dangerous and illegal. Still, he said Thailand is as safe as any other country.

But Thoresen, Julie Bergheim’s mother, does not believe that Thailand is a safe place to visit.

“It’s a calculated risk to go to Thailand. You think that it’s safe to go there, but it’s not,” she said. “If anything happens, then you can’t get the help that you will get at home. Not from the police, not from the authorities, maybe not in the hospitals. I don’t know, that’s my experience.”

Last October, Carl and Linda Bélanger got a letter of condolence from the Thai Ministry of Tourism and Sports. In it, they were offered the equivalent of about $20,000 US in insurance coverage to compensate for their loss.

The Bélangers refused the money, and told Kelley the letter will not stop them from speaking out about what happened to their daughters. They want to put pressure on Thai authorities to prevent more deaths.

“If it was really a pesticide that was put in the bedroom and it was that powerful, it was negligence,” said Linda Bélanger. “I don’t want there to be any more people who die due to negligence.”

Stay updated with Samui Times by following us on Facebook.
News Categories:Thailand News
Related Topics:Audrey and Noémi BélangerThaialnd deathstoxic pesticide
Up Next

Asia holds 99 of the 100 most environmentally at-risk cities

Phuket tightens restrictions: No parties, no visits from friends

Thailand ploughs ahead with plans for re-opening tourist areas

For travellers to Phuket, testing is out, quarantine is in

Can foreigners get vaccines in Thailand? | VIDEO

We’re looking for a Video Editor/Production Assistant in Phuket