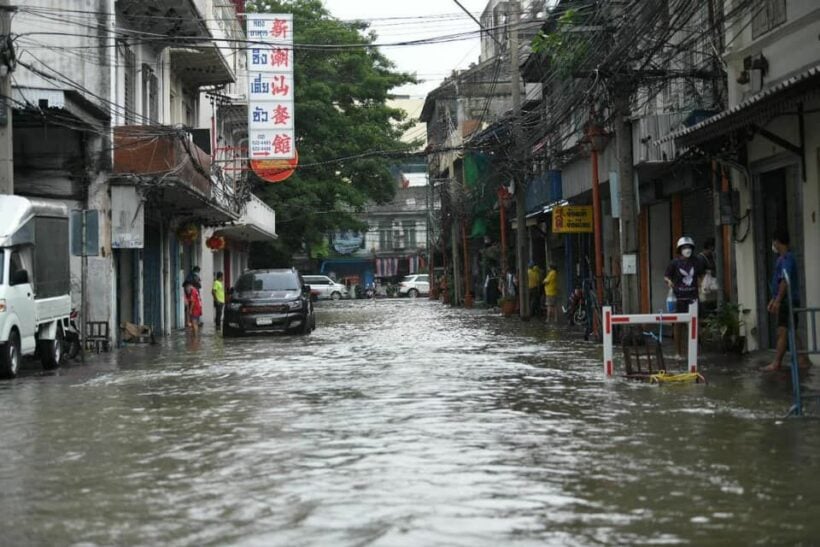 A candidate in Bangkok’s upcoming governor election is saying he will tackle the city’s flooding problem if he is elected. The candidate, Suchatvee Suwansawat, from Thailand’s Democrat Party, said at a campaign event yesterday that electric water pumps must be set up across Bangkok, because dredging and flood control reservoirs are not enough.

Suchatvee says he will deal with flooding in steps for the short term, middle term, and long turn. In the short term, he will replace manual pumps with automatic ones, with water gates similar to those used in other countries. In the middle term, he will create flood control reservoirs in areas vulnerable to floods. In the long term, Suchatvee says he will implement a plan to deal with the increasing level of saltwater in the Chao Phraya River.

“Residents in Ayutthaya have suffered from flooding for a long time. Bangkok will be inundated in the future if the problem is not solved immediately.”

Another of Suchatvee’s priorities is to make sure all areas of Bangkok have access to tap water, since some districts lack it. He also promised to improve uneven pavements, allocate areas for selling goods, and set up drinking water dispensers on footpaths if he is elected.

Thailand’s Democrat Party is currently embroiled in a massive scandal after at least 18 women accused its former deputy leader Prinn Panitchpakdi, of sexual assault. Top leaders of the party have now resigned out of “moral conscience”. Bangkok’s governor election is coming up on May 22, and the public has yet to see how successful the party can still be.

What you need to know about Thai spirit homes

The Bikini Beach Race to take place in Pattaya this October