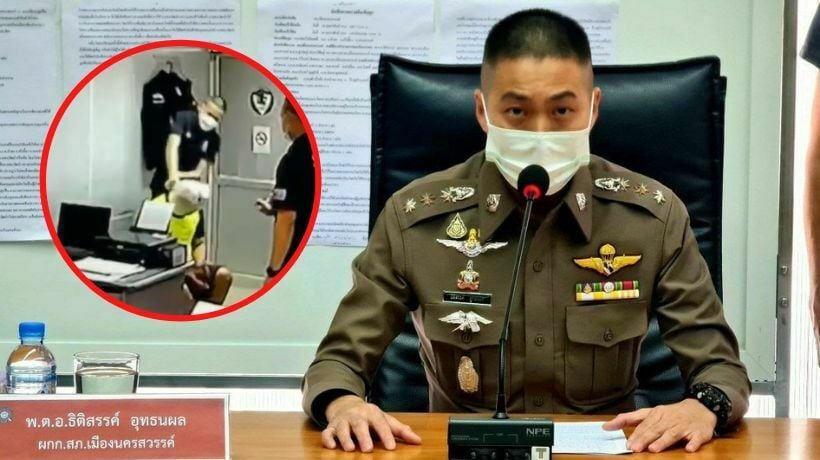 The lawyer who leaked the video of disgraced cop Joe Ferrari murdering a drug suspect does not believe he has repented. The claim is in response to an announcement by Ferrari’s family yesterday who said the former high-profile police officer has acknowledged his part in the death of the drug suspect and accepted he will spend the rest of his life behind bars.

Thitisan Utthanaphon, aka. Ferrari, was sentenced to the death penalty on June 8 this year for his part in the murder of 24 year old Chiraphong Thanapat. The sentence was eventually commuted to life in prison because he confessed to some of the charges.

Ferrari was the chief of Mueng Nakhon Sawan Police Station in central Thailand when he led the torture and eventual death of a suspected drug trafficker in August 2021. He was tried for killing the suspect by putting a plastic bag over his head, suffocating him.

Ferrari’s mother, Chanta Utthanaphon, made it public yesterday that she will not appeal to the court for mercy, adding the family will accept his life imprisonment sentence.

Chanta said her son regrets his wrongdoing and was sorry for having abused his authority.

Ferrari’s sister added the family will pay compensation as demanded by the victim’s relatives.

But the lawyer who exposed the video of the murder, Sittra Biabungkerd, responded to the family’s claim in a Facebook post, saying he does not believe Ferrari had repented, adding the disgraced cop had received a threat on his life last month.

Sittra said that the family’s move to withdraw the appeal was a process that could lead to Thitisan being granted a royal pardon, which would reduce his actual prison term to just 5-7 years from life.

Hotels in South Thailand eager for surge in visitors this year