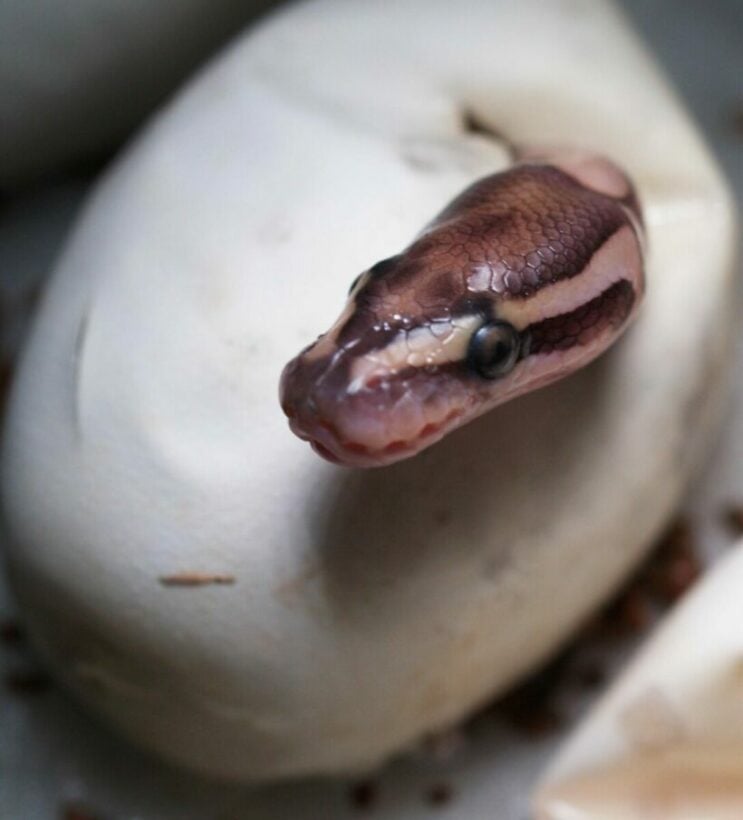 A homeowner in Phitsanulok, a northern Thai province, had a surprise that many would see as far from lucky, yesterday. 45 python eggs were discovered underneath their home. A discovery the owners interpret as a sign of good luck.

The Phitsanulok emergency rescue team had been brought to the area after a homeowner had found sizeable amounts of snakeskins behind their home. The residents were concerned about having snakes nearby.

When alerted to the situation, the rescue team went to house number 111/20 to look for snakes.

The team of trained snake catchers got to the house and found snakeskins in 3 different locations. The team thinks there is at least 1 python nearby.

The spread out snakeskins measure 8-9 meters in total.

The rescue team was shocked by the number of snakeskins. Out of concern for the villagers and their pets, the rescue team began to thoroughly comb the area.

The team noticed that the floor of one house was made of gypsum with space below it. They knew this space would be dark and quiet. Which would be an ideal location for snakes and other animals to conceal themselves from humans.

The rescue workers broke off part of the flooring. This was when they uncovered 45 snake eggs. Sans the snakes.

After finding the snake eggs, the rescue team stepped up their snake searching efforts. Chillingly, they found no more snakes. The rescue team thinks the snakes are hiding in the forest. Behind the home.

The homeowners told Thai media that they believe the snakes are a sign of good luck. Other villagers, citing the upcoming government lottery draw coinciding with the discovery of the snakes, believe the snake discovery is no coincidence. When the length of the snakeskin is taken, and you add the number of eggs found, and the house number, the lucky numbers reveals themselves as 111, 20, 45, and 89.

The snake eggs have been safely disposed of.