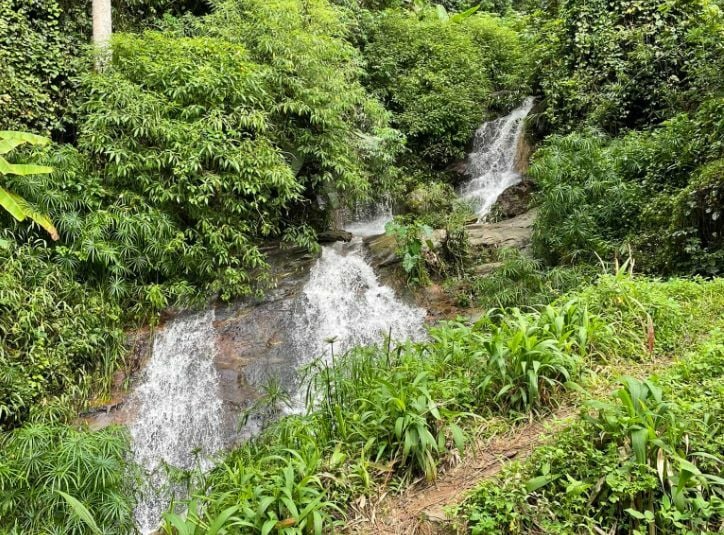 A popular waterfall on Doi Suthep mountain in the northern province of Chiang Mai is brimming with E. coli bacteria from human feces, warns Dr. Rungsrit Kanjanavanit, a Green Globe award-winning conservationist and professor of cardiology at Chiang Mai University. The doctor warns against drinking or washing your face in the waterfall…

“While driving up Doi Suthep mountain, there is a lovely waterfall on the left hand side before reaching the Khun Kan bend, near the viewpoint. I often see tourists, runners and cyclists stopping for a break at the waterfall to refresh themselves. I often see people washing their face. I have even seen people drinking from the waterfall. I would like to inform people that recently, water samples were taken from various water sources on the mountain and tested. This waterfall had the highest levels of E. coli contamination.”

The doctor says the results are hardly surprising, because there is a large community higher up on the mountain around Wat Phra Doi Suthep temple, which facilitates tens of thousands of visitors every day. There is no proper waste management system and sewage is dumped into natural waterways, said the doctor.

E. coli is a bacteria which can cause severe stomach pain, bloody diarrhoea, colitis and vomiting. Sometimes, the infection can cause fever and kidney failure.

Dr. Rungsrit asks the public not to be fooled by the waterfall’s beautiful appearance because the water contains dangerous bacteria. The doctor is not sure which agency is responsible for correcting the problem, which he says has been going on for a long time…

“It is a sad story that we have allowed nature to become damaged like this. This mess has been going on for years.”

Dr. Rungsrit warns the public against washing their faces in the waterfall. Washing your face in water contaminated with E. coli will most likely make you ill, said the doctor.

E. coli contaminations are common around the globe. On Friday, news emerged of an E. coli infection outbreak among children in Scotland. Last week, three beaches in Minneapolis, USA, were closed due to E. coli contamination. In July, the US Department of Natural Resources discouraged swimming at 11 beaches in Iowa due to high levels of E. coli found in the water.

Some people can become infected with E. coli without showing symptoms, but some people can show symptoms for up to two weeks. If you show symptoms of E. coli infection, it is advised to drink plenty of fluids. There is currently no treatment for E. coli, but in most cases it is possible to recover at home without treatment.

Infections are more dangerous in young children, so if you suspect your child has an E. coli infection it is advised to call a doctor right away. Antibiotics and anti-diarrhoea drugs such as loperamide are not advised.