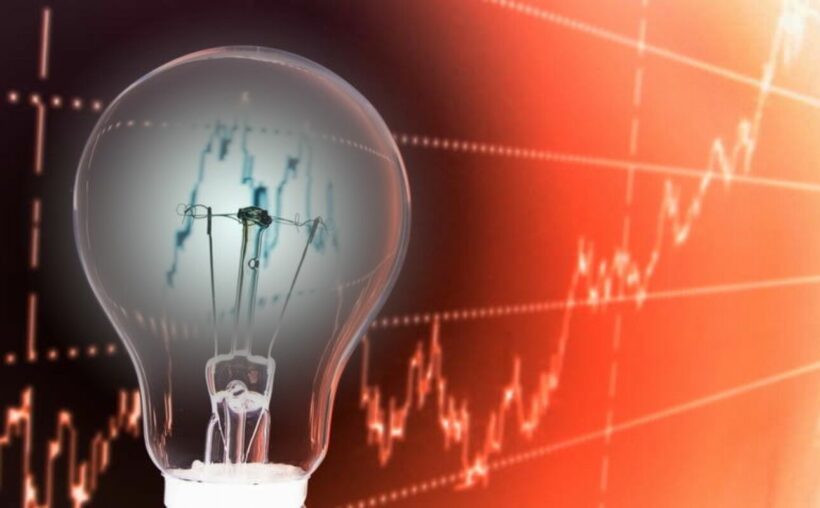 Electricity prices are already at a record high rate of 4 baht per unit, topping an 8-year old record, and have now been approved to surge another 18%. When global oil prices rocketed up to US $110 per barrel in 2014, Thai energy prices hit 3.96 baht per unit. Coming out of the Covid-19 pandemic, the demand for all forms of energy has soared, pushing electricity costs to 4 baht and now, for the fourth quarter, 4.72 baht per kilowatt hour.

On Monday, the Energy Regulatory Commission posted on Facebook, declaring the approval of the 18% energy price hike. They announced it would be in effect for the last quarter of the year, from September through the end of December. A rise in the raw materials that help power Thailand is to blame, as demand increases and instability like the war in Ukraine hinders some energy production.

Thailand derives some of its electricity from domestic gas produced in the Gulf of Thailand’s Erawan gas block, but production has slowed, and reliance has increased on imported liquefied natural gas, which is much more expensive. Domestically produced gas like this costs about US $6 to $7 per metric million standard cubic feet per day, which import prices can be anywhere from US $25 to $50 per MMSCFD.

This increase in foreign gas reliance in turn drives up the price of the fuel tariff that is part of the electricity rate, which rose from 0.6866 baht per kilowatt hour to 0.9343 baht per KWh, a jump of over 36%.

The unprecedented 18% hike in the electricity rates was originally slated to take effect on August 1, but PM Prayut Chan-o-cha reportedly stepped in to delay the implementation. He pushed for the rate increase to be pushed back for as long as possible to try to find options to decrease the negative impact on poor people.

Now it looks like the fee increase will go into effect in the fourth quarter, but the Ministry of Energy is still working on programmes and solutions to reduce the effect on the people who can’t afford the inflation the most.