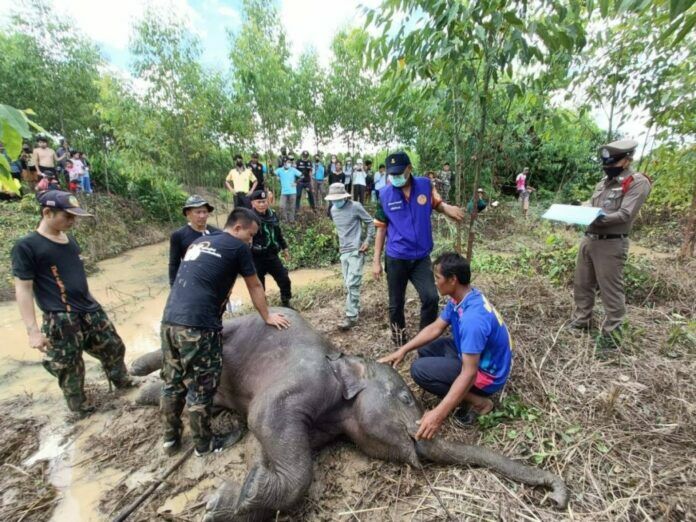 Officials believe the body of an elephant calf found dead in the pond of a local farm in Tha Takiab District of Chachoengsao was stamped to death by bigger elephants.

A local villager alerted the Thakiab district chief yesterday that he’d witnessed the dead body of a baby elephant floating in the pond on their farm.

The district chief, Rasmin Pruksathorn, arrived at the farm with wildlife conservation officers and guessed that elephant must have drowned while swimming.

The farm owner, 47 year old Kraisorn Dusadee, told officials that residents in the area had heard, what sounded like, several elephants making a racket and splashing and swimming in the pond but said they all stayed at home for their own safety.

Officials believe the male calf to be about 6 to 7 months old. They believe the baby elephant was accidentally stomped on by other bigger elephants and eventually drowned.

Officials added that the body would be delivered to Khao Ang Rue Nai Wildlife Sanctuary for a comprehensive autopsy.