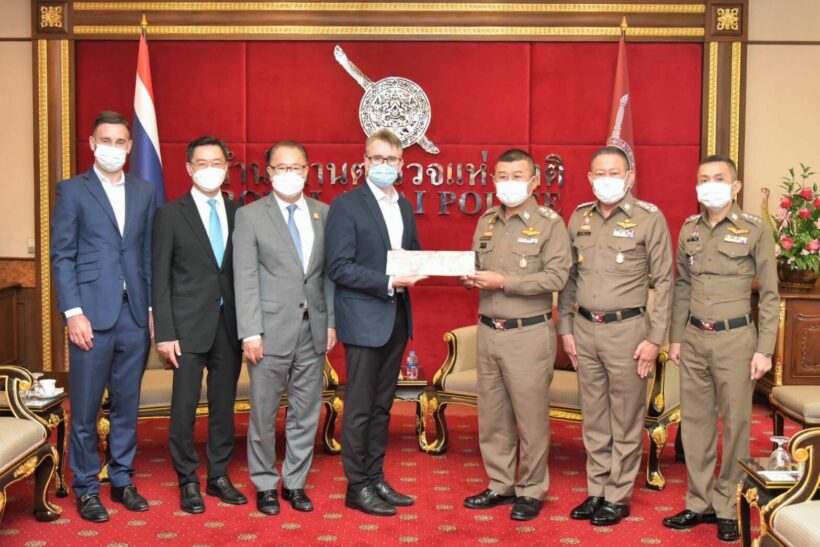 Representatives from the English Premier League (EPL) yesterday met with the Deputy Commissioner-General of the Royal Thai Police to express gratitude for Thailand’s efforts to protect the copyright of the UK’s live football broadcasts.

The Deputy Commissioner-General of the Royal Thai Police, Damrongsak Kittipraphat, welcomed representatives from the EPL, the General Manager of the AVIA Coalition Against Piracy, Aaron Herps, and the Senior Commercial Solicitor, Sean Godfrey.

The EPL made it known they appreciated the Thai police’s efforts for protecting the copyright of football matches broadcasted via Thailand’s True Vision channel.

In the past, Thailand had a notorious problem with illegal websites, streams, and platforms, and it was put on the Priority Watch List under Section 301 of the Trade Act launched by the United States Trade Representative (USTR). But the nation has made great strides in stamping out these illegal platforms and was rewarded by being downgraded to the Watch List on December 15 in 2017.

The US indicated that Thailand had made progress in the protection and prevention of intellectual property infringement. Thailand established a National Intellectual Property Policy Committee and launched a serious measure to combat infringement.