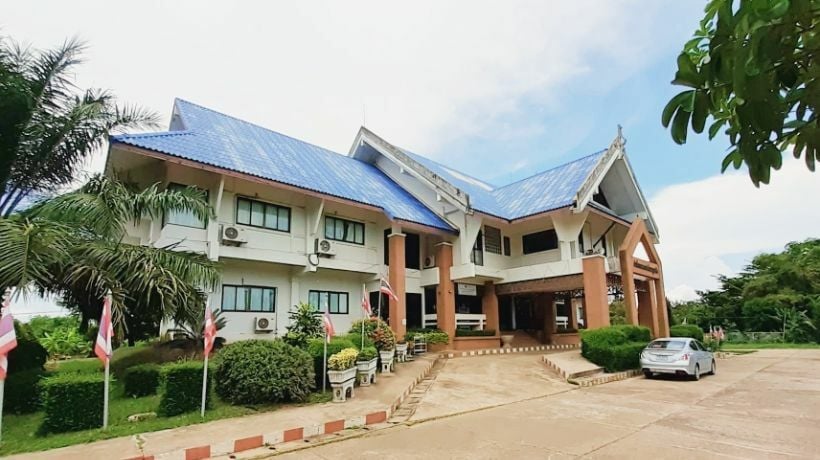 A former Ministry of Defence finance officer, with an online gambling addiction, has allegedly swindled 30.6 million baht from the Buntharik District Administration in the Isaan province of Ubon Ratchathani and is on the run from the police.

The Mayor of the Buntharik District Administration, Worrapoj Bootnart, yesterday informed the media that the district office last year hired a financial officer, a woman called Mayura, to manage the office’s online accounts because the district officers weren’t familiar with it.

Worrapoj says he became suspicious when the financial officer didn’t send a monthly report to the district board in May. His suspicions proved correct and, after checking the company’s bank account, the district authorities found Mayura had transferred 30.6 million baht to her bank account. Worrapoj revealed the first transaction was about 200,000 and she followed that up with transfers of 1 million baht per time.

The suspect’s aunt, Pranee, informed the media that Mayura had left home on June 10 to visit a friend in another district and has not returned. She says she is disappointed with her niece and wants her to return the money as soon as possible.

Mayura, a former soldier, worked for the MOD as a financial and accounting officer but was moved to work at the BDA Office last year. It is reported that she has an online gambling addiction.

The BDA office revealed they might not have enough cash to pay salaries at the end of this month.

The district sheriff added that a superior would file a complaint to the police later. The woman is to face disciplinary action when she returns and will be required to pay the money back.

The clear prosecution has not been reported yet but according to the thailandlaw.org website, Mayura faces up to 3 years in prison and a fine of 6,000 baht for the alleged crime.