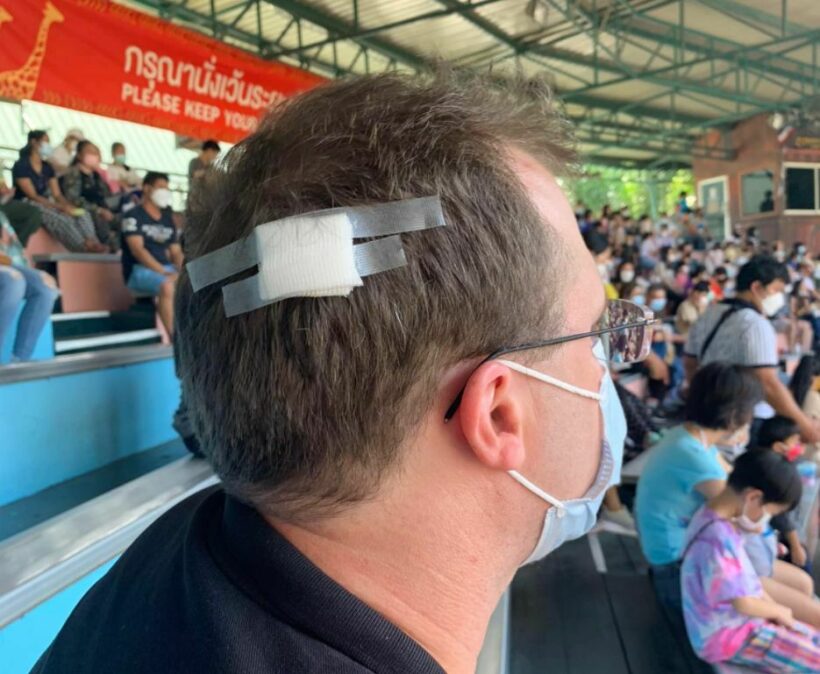 A Swedish man was hit of the head with a tumbler at a Bangkok’s Safari World, apparently for taking his mask to eat. The man’s wife, who is Thai, made a post on Facebook saying they were looking for a man who hit her husband during a dolphin show at the zoo. She also added that she already filed a report with police.

While waiting for the show to start, the woman says her husband took off the mask for a while to eat and noticed that there was another family sitting nearby looking at them with anger. After the show ended, a man from that family just came and hit her husband on the head with a silver tumbler. He man’s face was partially hidden with a face mask and sunglasses.

Laos to reopen to fully vaccinated international tourists in 2022