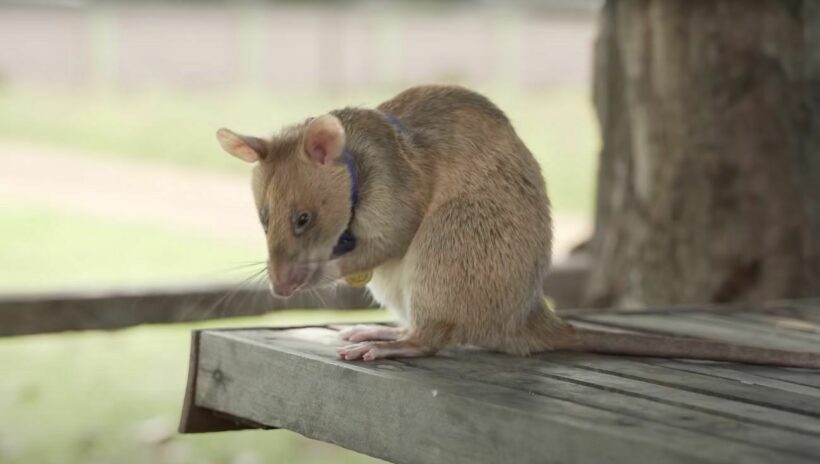 The famous African mine detection rat named Magawa, who has saved hundreds of lives by finding over 100 landmines in Cambodia, died over the weekend, according to his organisation, APOPO, which trains fellow rats like Magawa to track landmines.

A hero is laid to rest. He will leave a lasting legacy in the lives that he saved as a landmine detection rat in Cambodia, “said APOPO in a statement released yesterday.”

Magawa, who was originally born in Tanzania by the Sokoine University of Agriculture’s training and breeding unit and arrived in Siem Reap, Cambodia after three years, was part of a HeroRAT program that currently has 96 rats tracking landmines, 32 rats detecting bacterial infection in inhalation called tuberculosis, and 44 rats in research and development.

His responsibilities included sniffing the air for TNT and marking the ground with his paws when a landmine was spotted. He used to receive his payments in bananas.

As a most successful HeroRAT, Magawa found more than 100 land mines and other explosives during his career, which were left behind from previous conflicts and threatened the lives of Cambodians.

The brave creature was formally awarded the PDSA Gold Medal in September 2020, the highest honour for courage an animal can get. Magawa had turned eight years old in November and celebrated his birthday in good health before he went to sleep forever.