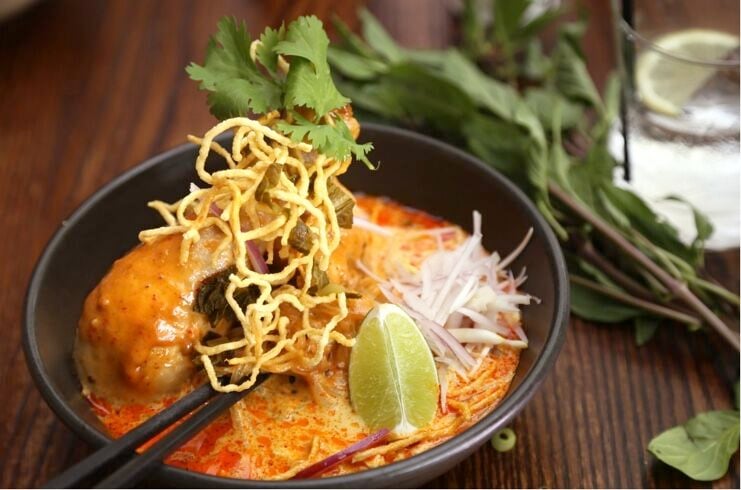 A famous northern Thai dish has been declared the world’s best soup by the foodie platform TasteAtlas.com. This was part of its list of “50 Best Soups in the World” published on July 25. The dish, called Khao Soi, includes red curry soup and meat, usually chicken, and egg noodles. It is then topped with crunchy noodles, fresh lime, pickled cabbage, shallots, and chilis.

Khao Soi is thought to have been brought to northern Thailand by Chinese Muslim traders from Yunnan. The traders journeyed through Burma and Laos along the Golden Triangle trading route before arriving in northern Thailand in the 19th and 20th centuries.

The soup for Khao Soi is made from coconut milk and red curry paste. The spiciness varies based on how much curry paste is added. Adding green herbs such as cilantro, as well as lime, against the red soup also makes the dish more colourful. The word Khao Soi means ‘cut rice,’ even though the dish is made with noodles.

It is believed that Khao Soi is a variant of an old Burmese recipe made with rice noodles. People later started to use egg noodles, though, and this became the norm.

Taste Atlas has recommended 10 eateries for the world’s best Khao Soi, which are mostly in Chiang Mai, where Khao Soi is known as a signature dish. For the full list of restaurants, click HERE.

In addition to Khao Soi, two other Thai dishes made the list, including Tom Yum Kung and Tom Kha Gai in 13th and 14th places.