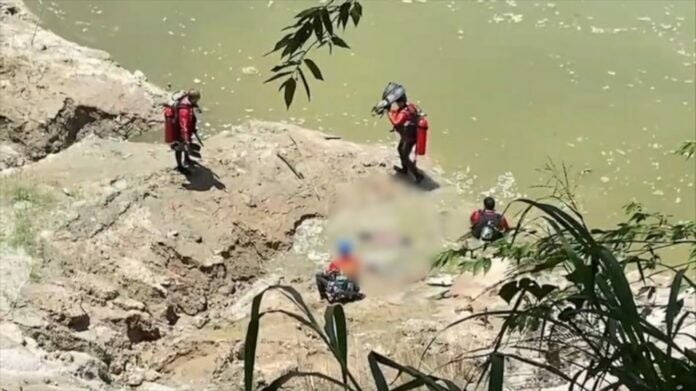 A Chon Buri woman has tragically lost her father, after he drowned in a deserted pond in the main city district yesterday. The woman, 22 year old Maneemol, went to look for her father, 54 year old Kwanjai, after she noticed he had been out fishing for an unusually long time. Maneemol arrived at the pond to find her father’s bucket and sandals- but not her father.

Fearing the worst, Maneemol called police, who searched the pond along with a diving team for almost five hours. Unfortunately, Maneemol’s fears were confirmed when the team found Kwanjai’s body. He was pronounced dead at the scene.

Kwanjai had reportedly been a good swimmer, and fished in the pond every day. Officers initially believed he might have drowned after getting a cramp or getting too exhausted to get out of the water. His body would later be transferred to a hospital for an elaborate autopsy.

There have been a few drowning incidents in Thailand this year at several beaches and ponds across the country. Another drowning happened in Chon Buri province in June, this one in the Sattahip district. A 35 year old woman drowned in rough waters during a diving lesson near the island of Koh Juang.