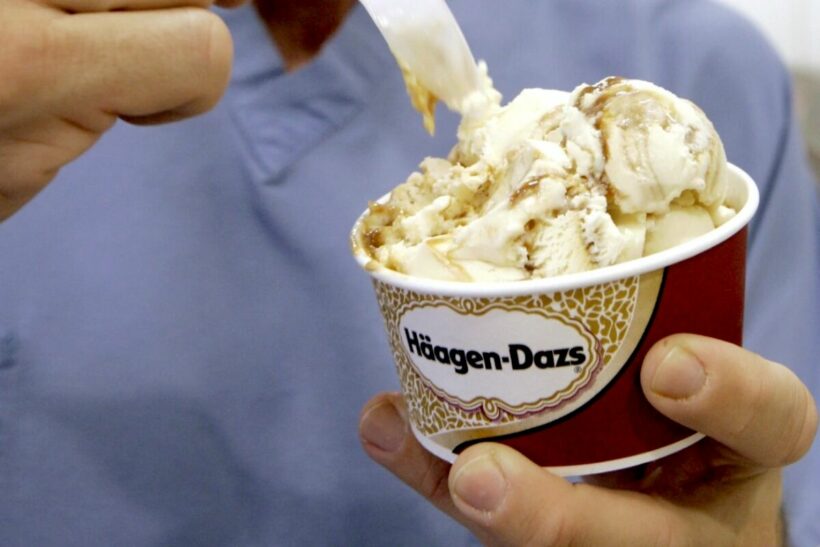 Ice cream lovers of Thailand can rest easy tonight, knowing that their Haagen-Dazs won’t kill them. The Thai Food and Drug Administration confirmed that none of the batches of cancer-linked contaminated ice cream discovered in other countries were imported to Thailand.

Known for their high-quality premium ice cream, a recent batch of Haagan-Dazs was discovered in France with a less desirable ingredient – 2-Chloroethanol – a compound found in ethylene oxide. The chemical compound is used as a cleaning agent and pesticide but is known to be carcinogenic and damage DNA.

The French first detected traces of the chemical last month and requested the EU’s Rapid Alert System for Food and Feed put out an alert to warn of the contaminant. After the alert, several European countries pulled the at-risk Haagen-Dazs stock from shelves and recalled them.

General Mills, the American manufacturing company that owns the Haagen-Dazs brand, produced the suspect ice cream which has an expiry date between March 16 and April 23 of next year. The affected ice cream is in both mini cups and tubs among various flavours including Belgian Chocolate, Macadamia Nut Brittle and Pralines & Cream, and Vanilla.

But, in Thailand, the deputy secretary-general of the FDA says don’t ditch daily dessert ‘Dazs yet. The FDA has inspected imports from Haagen-Dazs and determined that none of the affected product was shipped to Thailand so ice cream for sale here is safe.

“The public can rest assured that inspection of imported goods remains rigorous, and we are closely monitoring the food safety situation in other countries.”

The FDA also reminds people that they can be contacted in many ways for those who wish to file complaints or make inquiries regarding product safety. There is an @FDAThai LINE app account, an FDAThai Facebook account, and the FDA hotline at 1556. Consumers can also contact provincial public health offices or the Ministry of Public Health for help.