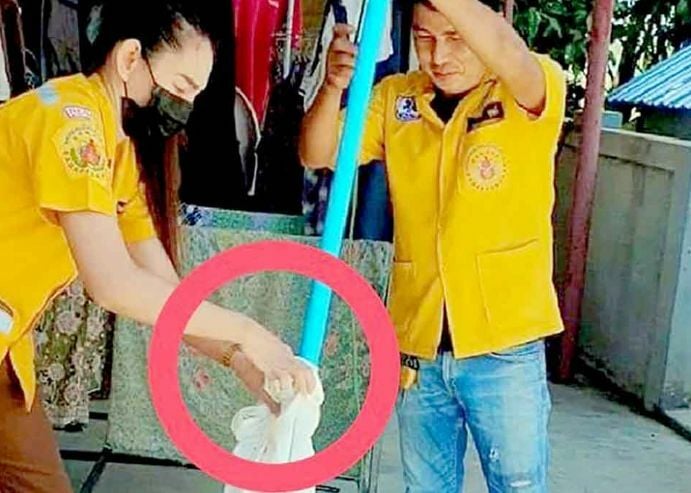 A ferocious cobra has bitten a rescuer’s girlfriend in Chon Buri’s Sri Racha district this week. Locals had called the rescuer on Tuesday after spotting the two metre long monacled cobra in their house. The species is highly venomous.

41 year old Pattipan, an officer from a foundation, arrived on the scene. He brought his girlfriend, 29 year old Apirat, along with him. Pattipan lassoed the head of the vicious cobra, and Apirat started helping him get the snake into a sack. But the cobra was ticked off, and it bit Apirat on her finger.

Luckily, Apirat has now been treated for the bite at a nearby hospital. Details were not reported on Apirat’s condition when she arrived at the hospital. Pattipan said the incident was a lesson for all volunteers to be careful while catching venomous snakes.

With Thailand’s diversity of wildlife species, Apirat is far from the first person to be bitten by a snake in the kingdom. The country is home to over 200 species of snakes, more than 60 of which are considered venomous and a danger to humans. In a major case earlier this month, a woman was even bitten by a venomous snake at a Bangkok shopping mall.

The chances of crossing paths with a serpent in Thailand are slightly higher in rainy season when some snakes take shelter from the stormy weather by slithering into people’s homes. To view The Thaiger‘s guide for what to do if you are bitten by a snake in Thailand, click HERE.