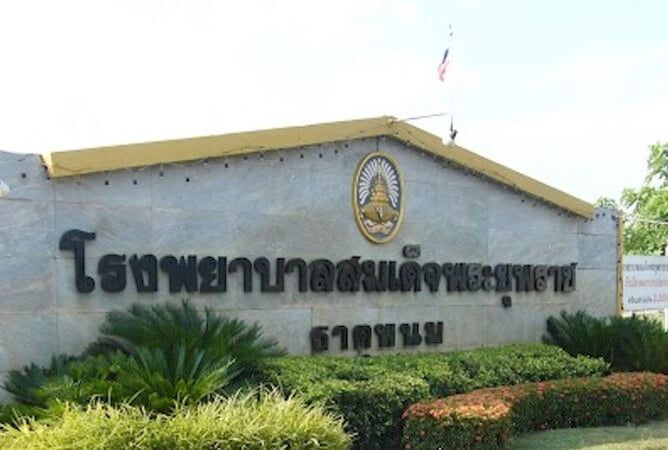 A fight at a liquor store in Northeast Thailand lead to a fatal shooting this morning. Two gang members of an illegal money lending gang had gotten into a feud with some young locals in Nakhon Phanom province. The spat occurred in the That Phanom district town.

The fight left gang member 33 year old Pittaya with head injuries, among other injuries. The other gang member, 20 year old Tossapol, took Pittaya to the hospital. In the early morning as Tossapol drove himself and Pittaya home from the hospital on his motorcycle, things took a deadly turn.

A group of about 10 young men on motorcycles had showed up. One attacker pulled out a gun and fire 4 shots. One shot hit Tossapol in his ribs, killing him on the spot. The attackers then drove off.

Police and rescuers arrived to find Tossapol dead on the pavement, with Pittaya still injured from the earlier fight. That Phanom Police are investigating, and examining security footage to identify the attackers.

Another incident with a similar chain of events happened in Northeast Thailand in April. After an alleged fight between two groups at a restaurant, a man from one group shot and killed a man from the other group while he was in the hospital for injuries. This incident happened in the Bueng Kan province.