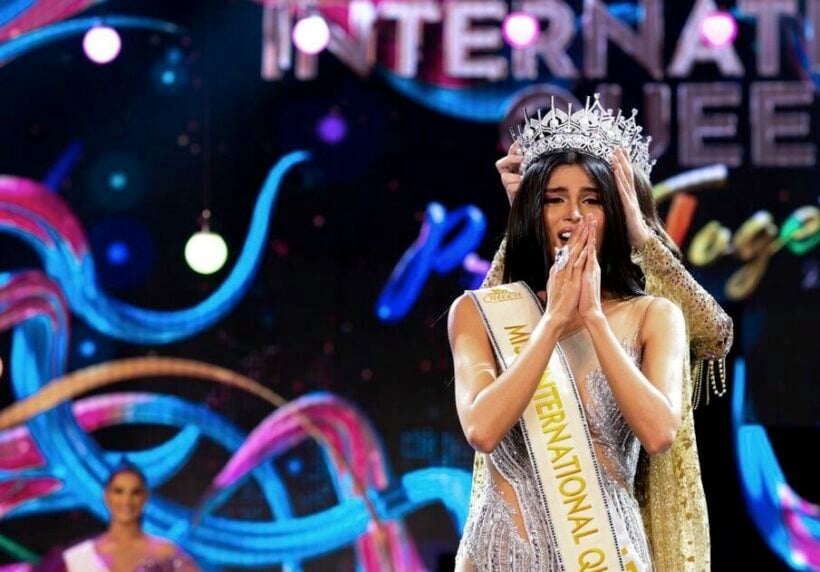 A Filipino transgender woman has taken the crown at a world-renowned beauty pageant in Pattaya yesterday. Contestants from Columbia and France ran up in second and third places. Altogether, 23 transgender women competed for the title.

The crowned queen, 27 year old Fuschia Anne Ravena, dazzled the crowd in her glittery silver dress, which the bejewelled silver crown matched well with. Fuscia looked emotional in photos from Fillipino media. The photos show her on the verge of tears with her hands together in a praying motion, as the crown was placed on her head. Fuscia normally works as a business owner, but yesterday, she was a princess.

The contest, titled Miss International Queen, is known as the biggest and most famous transgender beauty pageant across the globe. The pageant works to bring together transgender people from around the world, and help them feel more accepted by society.

The pageant hadn’t been held in almost 2 years due to Covid-19 restrictions, so Fuscia’s win marks the pageant’s return. Upon accepting the crown, Fuscia made a statement on what the world needs right now…

“My first message to everyone is to spread love and peace and unity because that is the most important thing that we do as of the moment and what’s happening in the world right now.”

The pageant has been held this month as June is officially Pride month around the world. In Thailand, Bangkok held its first Pride Parade in 16 years. Even though Thailand is known as a mecca of LGBT acceptance, members of the community still face discrimination due to conservative values in Thai society. Bangkok’s Pride organisers aimed to highlight this. Events like Miss International Queen are also helping promote acceptance towards everyone.

Watch The Thaiger’s video about Pride below…