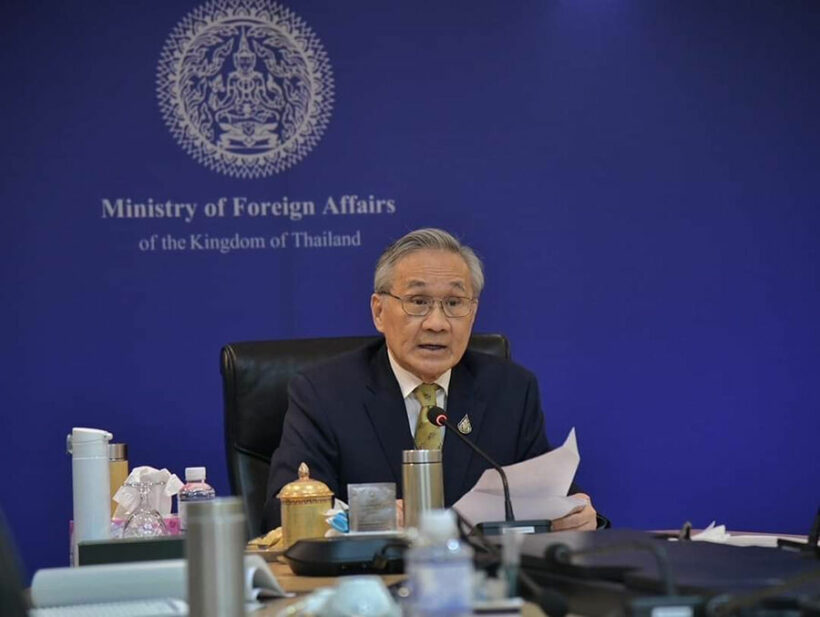 The Foreign Minister has responded to questions about his visit to Myanmar by saying he was overseeing the delivery of humanitarian aid. Don Pramudwinai’s November 14 trip has been criticised by some as potentially legitimising the military leaders who overthrew the country’s democratically-elected government in February.

Addressing the House of Representatives yesterday, Don said he went to the country purely to oversee the delivery of humanitarian aid. The Bangkok Post reports that he was responding to questions from opposition Pheu Thai MP Sutin Klungsang, who had been critical of the visit. According to Don, he was overseeing the delivery of 15 tonnes of aid, which included donations of medical supplies from 17 private local and international organisations. The minister says another 2 tonnes will follow.

The donations came from organisations such as UNICEF, the World Health Organisation, and the non-profit group, the Mae Fa Luang Foundation, which works with people affected by poverty and lack of opportunity. Don says Thailand was asked to coordinate with Myanmar over the delivery. He says his visit was for both humanitarian purposes and the national interest, citing the shared border between both countries.

“After a meeting with the United States, Thailand was also asked by fellow ASEAN countries and the international community to help.”

While responding to MP’s questions, Don also denied that Thailand had donated Covid-19 vaccines to Myanmar, saying such a move would have required approval from both Cabinet and vaccine manufacturers.

The minister also dismissed the fact that Thailand has not been invited to a democracy summit being hosted by the US, pointing out that not all ASEAN countries have been invited.

“Some countries which have democratic elections were not invited either. Maybe, we should be glad that we were not invited. This could turn out to be a double-edged sword.”

The purpose of the summit, which takes place from December 9-10, is to address diminishing human rights and freedoms worldwide.