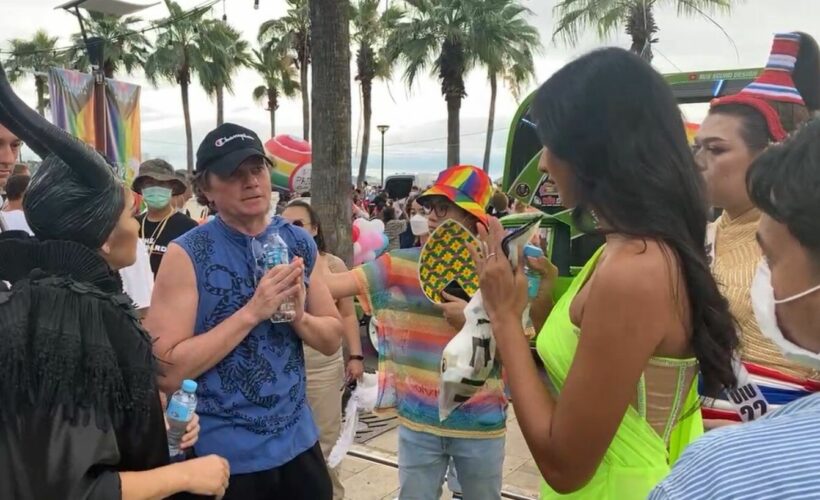 The sex pest was captured harassing the woman at the competition, part of the Pattaya International Pride Festival 2022, last Sunday on a Facebook Live stream.

Kasama “Tangkwa” Sue-tong, who was the third runner-up in the contest, told the Miss Universe Thailand director immediately after the assault, saying “This foreigner grabbed my arm and touched my bottom.”

The incident was recorded by the Facebook page Jox Jox Nang Ngam, which was created to spread news and information about beauty contests in Thailand.

The man in a blue shirt is seen viewing the proceedings around the 5 minutes mark.

After the assault, the man tried to flee the scene, but the MUT Director, Piyakorn “Pui” Sankosik, and her staff dashed after the foreigner, apprehended him, and forced him to apologise to Tangkwa.

The man was also forced to pay respect to the woman by pressing his hands together in the traditional Thai wai gesture.

Tangwa and her team didn’t file a complaint to the police, but she, and Pui, did post pictures and share the story of the incident on Instagram to warn others.

In Pui’s post she commented, “No matter what gender, no one deserves harassment. Don’t be silent and cry for help just like I and Tangwa did.”