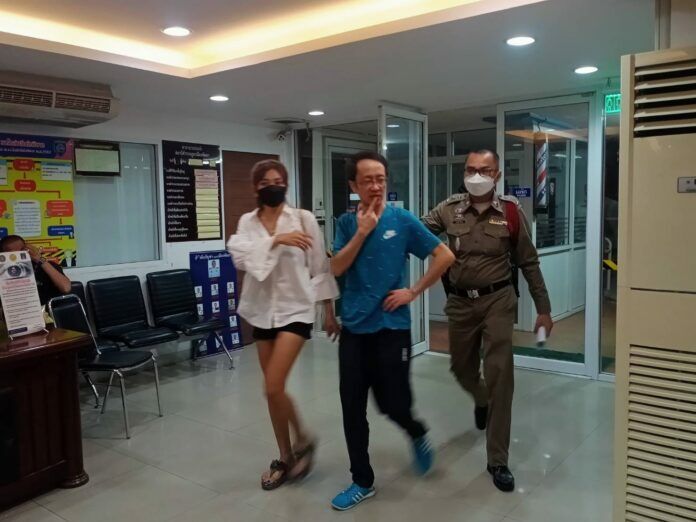 A foreigner has been involved in a car crash with 2 famous Thai Youtube stars in the early hours of yesterday morning in the Bang Lamung district of Chon Buri. But these weren’t just any Youtube stars, they’re ex-convicts.

Both have been in and out of jail several times. Totally the kind of people you would want to crash your car into.

Panuwat claims he was waiting for a green light at the intersection, while Tada was in the car with him. He says he suddenly heard a car brake behind him, and the pickup truck behind them then crashed into the back of their car. Panuwat says that when he got out of his car, he saw that the driver of another car had caused the pickup truck to crash into him. Panuwat said the alleged culprit, a foreign national alleged ‘Yee Hoi Wong’, was very drunk.

The driver of the pickup truck also alleges that Yee was drunk when he crashed into his car, and then into Panuwat’s car. All victims had minor injuries. Yee reportedly objected to an alcohol test at the scene. The incident happened at an intersection on Soi Siam Country Club.

SOURCE: The Pattaya News | The Matter

Who is eligible for a ฿50K 10 year LTR visa in Thailand? The fine print.