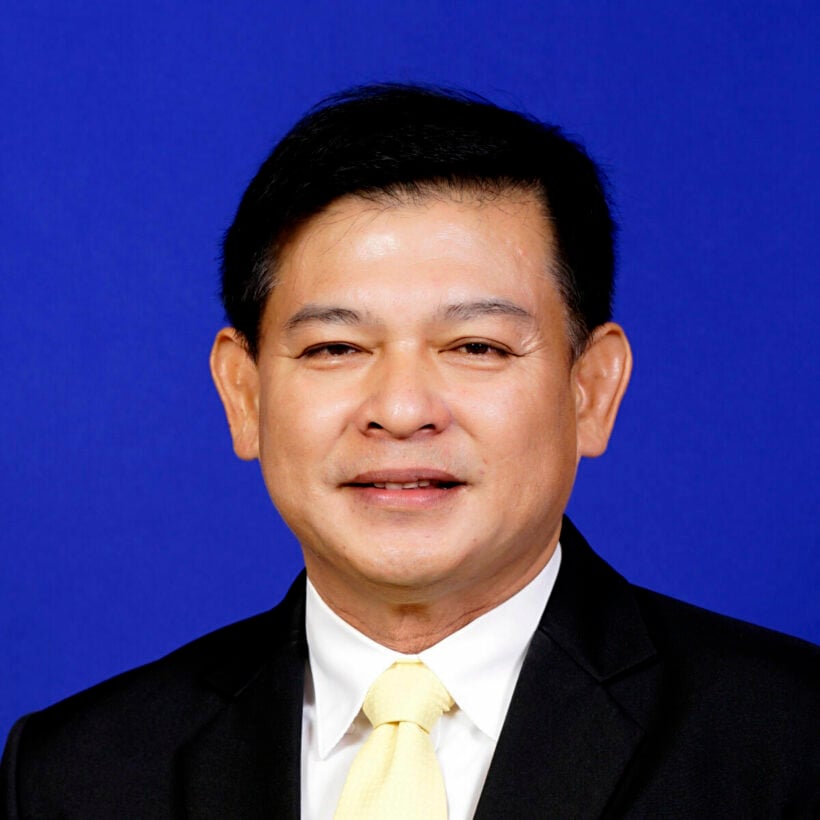 One former member of parliament has filed a lawsuit against another politician for using a photo of him to mock him in a campaign poster. The image shows the former MP of the ruling Palang Pracharath Party, Sira Jenjaka, under a magnifying glass behind a Move Forward Party candidate with a message calling for volunteers to help catch those who were cheating the polls.

Sira is suing the leader of the Move Forward Party, Pita Limjaroenrat, for doctoring his photo and using it to mock him as well as the by-election candidate featured in the campaign poster, Karunpol Thiansuwan, for his involvement.

Pita says the poster is a violation of the Election of MP Act, adding that he hired a lawyer and will file a complaint with the Election Commission. He says he plans to demand a combined 50 million baht in damages from Pita and Karunpol, and will defend his reputation.

Pheu Thai Party’s director for the Constituency 9 by-election, Sorawong Thienthong, says the party will dispatch observers to watch over the 280 polling stations across the constituency.

This is far from the first time opponents of the Move Forward Party have taken legal steps against its members. In September, the Thai military filed a complaint against party member MP Nattacha Boonchaiinsawat, accusing him of producing fake documents. The documents were titled “Royal Thai Army’s Information Operation.” The army alleged that the document misspelt the commander’s name and that the signatures weren’t real, saying such errors wouldn’t have happened if the documents were authentic.

Sira lost his seat after the Constitutional Court ruling last December that declared he was unqualified to serve because he was convicted of fraud back in 1995. According to the Bangkok Post, Thailand’s constitution prohibits those who were convicted in a criminal case in Thailand from running for a House of Representatives seat.

Woman puts up billboard in Phuket to find missing cats, 30,000 baht reward for each