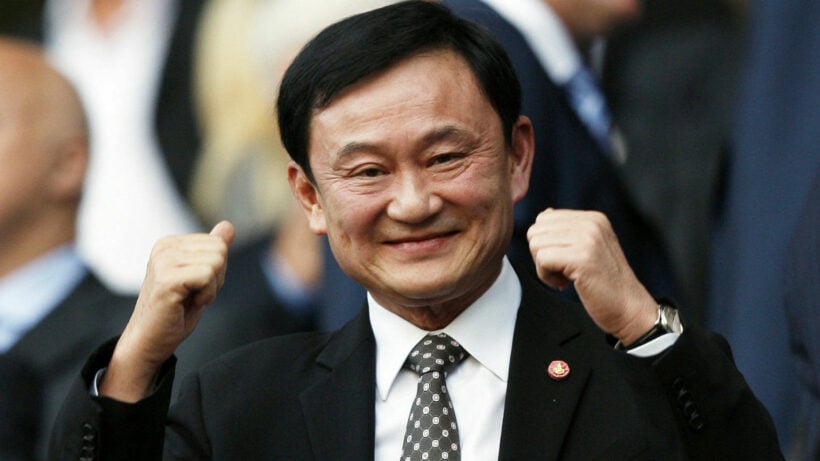 Former Prime Minister Thaksin Shinawatra last night fired a warning to the nation’s coup-makers that they could still face the death sentence in the future.

Thaksin, who also turned his ire on current PM Prayut Chan-o-cha labelling him “a dictator” and someone “increasingly disconnected from reality,” says he hopes he will receive justice for the wrongs against him and punishment dealt to those who subverted the law.

“I believe that one day we will have our own constitution. And according to the principle of law, retrospective punishment is not doable, but this government is using retrospective law against me, so I would like to warn them of a returning sword where all coup-makers will eventually face the death penalty,”

The 72 year old ex leader is still wanted in Thailand for a number of charges that begun with a military coup in 2006. He then fled the country in 2008 after he was sentenced to two years in prison in an alleged corrupt land deal that helped his wife buy land from a state agency at a reduced price. Another two years in prison were added to that for mishandling a state lottery scheme he launched in 2003, and then he was sentenced to three more years for ordering the Export-Import Bank on a controversial loan to Myanmar in 2004.

He also faced allegations of illegally holding shares in the state’s phone concessionaires, with penalties of up to five years in prison.

Thaksin also commented against Prayut’s reaction to the latest gubernatorial election in Bangkok in which he shrugged off Chadchart Sittipunt’s and Pheu Thai’s success as non-threatening to his leadership.

Pheu Thai won 19 out of 50 seats in the Bangkok council while the ruling Palang Pracharath Party only won two seats.

“Even though other provinces are not like Bangkok, the tremor will definitely reverberate throughout the country. Saying that the results of the election do not reflect anything is like running away from reality…and the more a dictator a person becomes, the more he will turn his back on reality.”