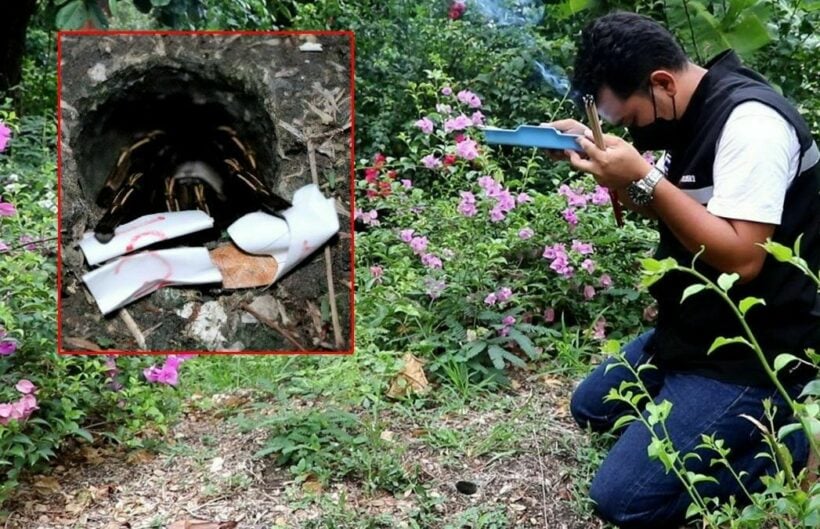 A man from Ang Thong province in central Thailand believes that a tarantula in the forest can predict the future. So far, the tarantula has made two lottery predictions. The man reportedly waits day and night for the furry fortune teller to come out of its hole to see what it might predict next.

When the man wants “Phaya Bung” – or “Lord of the Tarantulas” – to make a lottery prediction, he conducts a ceremony for it outside of its hole in the forest behind Wat Bot Racha Sattha temple in Pho Thong district. He lights candles and incense and prays to the spider.

Then, he carefully places the numbers 0 – 9, written on pieces of paper, into the hole and pokes them down with an incense stick. He patiently waits for Phaya Bung to emerge from the hole, and when the spider comes out, it brings its lottery predictions out too.

The first time, Phaya Bung crawled out the whole clutching 3 pieces of paper: numbers 3, 1 and 9. The second time, the spider emerged with two digits: 8 and 3.

The lottery in Thailand has categories for both 3 digits and 2 digits so people are taking it as a sure fire sign that the spider knows its stuff.

Hopefully Phaya Bung enjoys the man’s company, because certain species of Thai spiders are venomous and can leave a nasty bite if provoked.