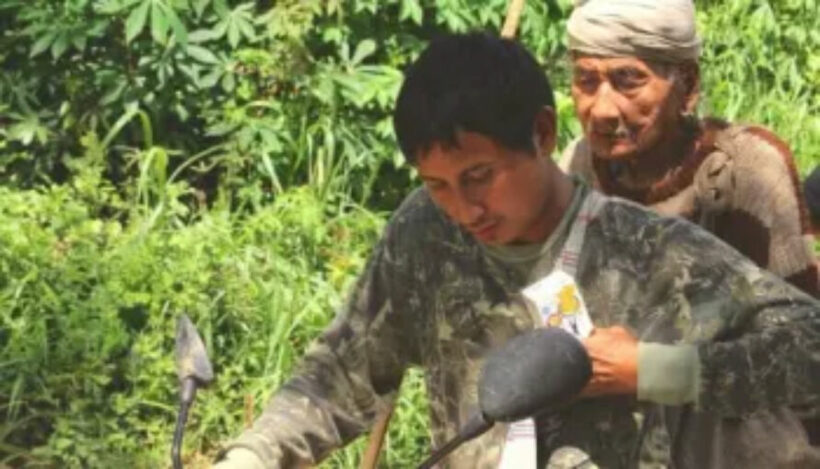 Four national park officials have been indicted for the murder of Karen activist Porlajee “Billy” Rakchongcharoen. The four men are accused of abducting and murdering Billy in Kaeng Krachan National Park in the western province of Phetchaburi in 2014.

Yesterday, the Office of the Attorney General informed the Department of Special Investigation (DSI) of its decision to indict the four men. The charges filed against them include illegal confinement, premeditated murder and concealing the victim’s body.

The decision to indict the four officials comes after the DSI submitted additional evidence that Billy was murdered.

In 2019, the DSI found bone fragments in an oil barrel at the bottom of a reservoir in the national park which matched DNA samples taken from Billy’s mother, leading them to conclude that Billy was murdered. However, the Office of the Attorney General said the evidence was “unreliable.”

Billy was last seen on April 17, 2014 when he unlawfully arrested by then-superintendent of the national par Chaiwat Limlikitaksorn and other park officials for allegedly collecting wild honey in the forest.

The activist had previously filed a lawsuit against Chaiwat and the National Park, Wildlife and Plant Conservation Department of the Ministry of Natural Resources and Environment. Billy accused Chaiwat of burning houses and evicting 20 Karen families from the national park’s Pong Luk Bang Kloy village in 2011.

Billy was travelling to meet Karen villagers and activists to prepare for an upcoming court hearing in the lawsuit at the time of his disappearance.

Billy’s wife Pinnapa Prueksapan submitted a letter to the DSI to investigate her husband’s disappearance. She explained that Billy assisted villagers in filing a lawsuit against Chaiwat and other park officials, so they might have something to do with his unlawful detention and disappearance.

In December 2019, arrest warrants were issues for Chaiwat and three other officials on suspicion of murdering Billy. They were released on bail for 800,000 baht each. In 2020, the murder charges were dropped.

On Monday, Chaiwat said he will prepare to hand himself in to face the charges. Chaiwat wants to be reinstated as a civil servant after he was dismissed from his position at the Ministry of Natural Resources and Environment.

“Thai officials have long hindered justice for Billy through cover-ups and exploitation of legal loopholes. The authorities can right this wrong by ensuring that the attorney general’s decision to indict four officials moves promptly to an effective and fair prosecution.”

In 2019, Thailand’s Prime Minister Prayut Chan-o-cha ordered the DSI to ensure Billy’s murderers were found and punished so that justice could be served for Billy.

According to Human Rights Watch, Thailand is obligated under international human rights treaties to investigate and prosecute against enforced disappearance, torture, custodial deaths and other human rights violations.

Enforced disappearance is the secret abduction of a person by state officials, followed by a refusal to acknowledge the fate of that person.

100 Consecutive Days of food handouts to the homeless of Bangkok