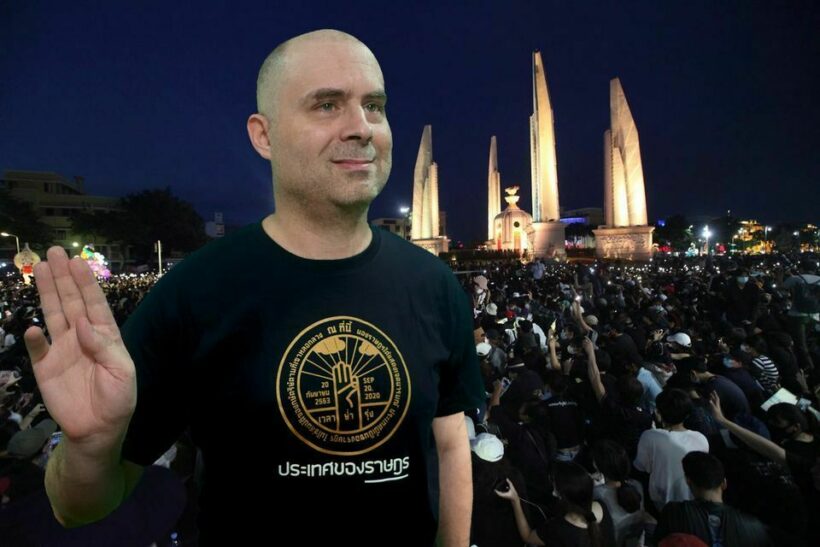 One of Thailand’s long term French expats Yan Marchal is being denied reentry to Thailand. He says he is being expelled to Paris from Bangkok, as soon as tonight, for being a long term critic of the Thai government and Monarchy.

Yan says he could appeal the ‘deportation’.

“I have been advised to fly out rather than to expose myself to judicial risk while appealing.”

Yan told Khaosod English that immigration police claimed that he is a “threat to national security” for his criticism of the monarchy, will be denied reentry to Thailand and will be forced to fly back to Paris.

A year ago, Yan almost got kicked out of the country for posts he made on Facebook. Many of Yan’s recent Facebook posts are commentary relating to the Thai monarchy and Thailand’s recent protests.

On a visit to Thai immigration last November, Yan said he visited immigration to transfer his stamp into a new passport, but was told that his visa had been revoked and was now on overstay,

“He told me that I would be deported. The reason given was my Facebook activity. I could see that he has a file with a detailed report on my posts, although he did not let me read the details.”

It’s not the first time his posts have caused trouble. In 2019, Yan was visited by police after a video he made poking fun at the the National Council for Peace and Order. Yan made a public apology at the time and the video was removed.

But now these priors appear to be coming back to haunt the French citizen.

“I have not been able to contact my embassy but I have been told they know about the case. I knew this could happen, it is not the first time I’ve bumped into issues (with Thai immigration).”

“Immigration officers said I am attacking the King, causing problems for the King.”