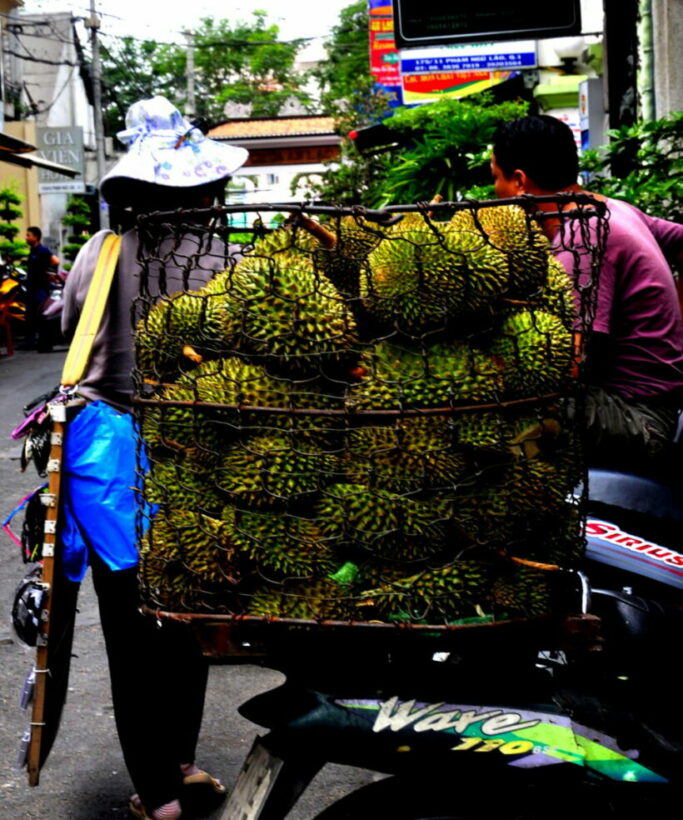 The proprietor of a fruit company in Chanthaburi, an eastern Thai province, has been arrested for allegedly using counterfeit Good Agricultural Practices and Good Manufacturing Practices certificates to export Vietnamese Durians to China, passing them off as Thai Durians.

Alongkorn Polabutr adviser to the agriculture and cooperatives minister, says they investigated the fruit-buying company named ‘lung Tu Odd, which is located in the Khlong Narai subdistrict. They allege that the company used fraudulent GAP and GMP certificates to give the durian the appearance that had been imported from Vietnam to appear as if they were authentic Thai Durian.

They were then exported to Chinese customers.

“Preliminary investigation revealed that the company had imported over 18 tonnes of durians from Vietnam, which was sold at THB70 per kilogram and is planning to export to China at THB160 per kilogram”.

The advisers continued on to say that the Agriculture and Cooperatives Minister Chalermchai Srion had ordered the Department of Agriculture to cooperate with police, Customs Department, and other departments to help investigate the company’s network. They also wanted to make sure other “fruit counterfeiters” from durian growing provinces didn’t harm the Thai durian reputation globally.

Earlier this month, the Thaiger wrote about how a man warned the public of an online durian scammer. Also, how a durian smuggler allegedly tried to bring the spiky, crime attracting fruit across the border.