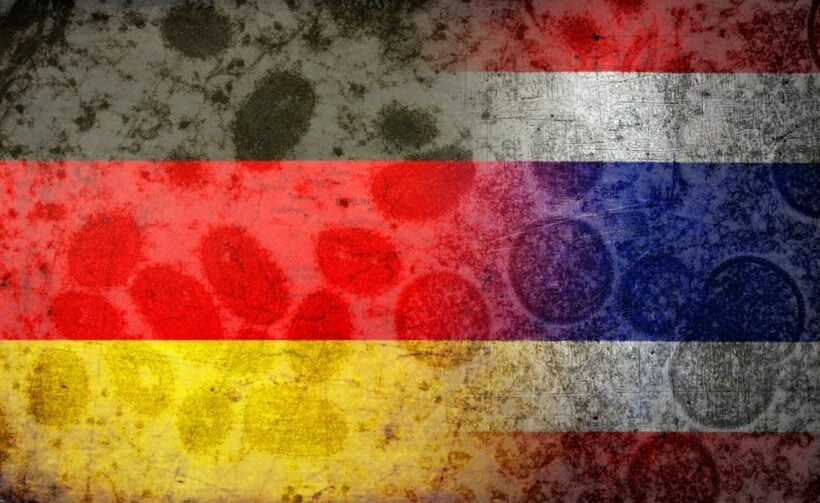 Results are pending for the test of what could be the fifth person in Thailand to be confirmed with monkeypox, another German man, this time on Koh Chang island. Similar to the first case, when a Nigerian man fled the country before being caught in Cambodia, this tourist attempted to escape when asked to submit to testing for monkeypox.

The man was staying on Koh Chang in the eastern province of Trat before going to a private hospital in the Muang district on Friday after experiencing symptoms. He had rashes on his genitals and hands, similar to what a patient with monkeypox would have, according to the director of Trat Hospital where the German man ended up eventually.

When doctors suggested a monkeypox test on Friday, the man resisted and was uncooperative before making a break for it. The hospital called the police and alerted them of a possible monkeypox case now on the run. Police chasing him down, as refusing to submit to the mandatory test is in violation of Thailand’s communicable disease control laws.

The details of his arrival into Thailand are not yet confirmed, but local disease control authorities have established that he entered Thailand from France, though the exact date is unclear. He was eventually found in Koh Chang and taken into custody before being transferred to the government hospital in Trat where he will be under observation in an isolation unit.

Now he has been properly tested for monkeypox and his blood sample has been sent to Bangkok where doctors at King Chulalongkorn Memorial Hospital are analysing it to confirm if the man has monkeypox or not.

If positive, the man would be the fifth confirmed case of monkeypox in Thailand, after a local woman in Bangkok tested positive on Friday. The third confirmed infection was also a German man, a 25 year old tourist in Phuket who arrived in Thailand on July 18, and then later developed rashes, a fever, blisters on his body, swollen lymph nodes, and a genital rash. Authorities believe that German man contracted monkeypox shortly before travelling to Thailand, and not inside the kingdom.