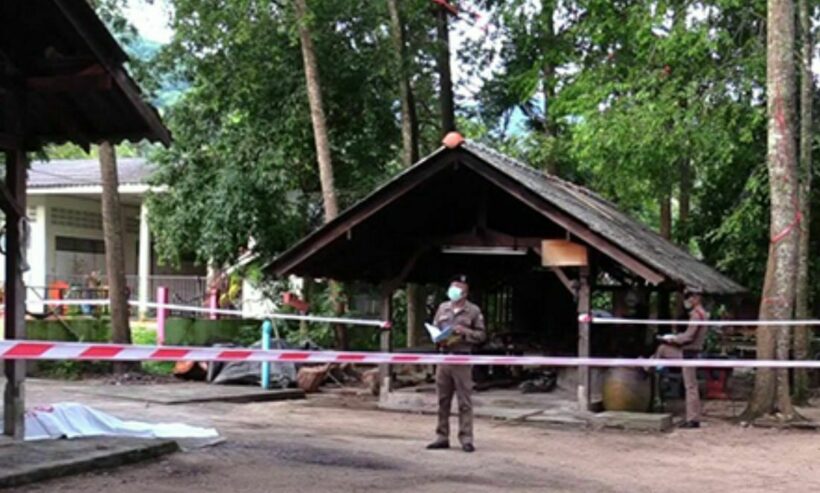 A man high from sniffing glue beat an older man to death with a piece of firewood in a temple in Nakhon Si Thammarat after the man refused to give him tobacco. The murder took place earlier today at Wat Khiriwong temple in Lan Saka district.

The attacker was a 42 year old man from a village in tambon Kam Lon and the victim was a 67 year old man that was also from Kam Lon but from a different village. Both had been living at the temple, surviving on food supplied by the monks of the temple.

Lan Saka Police arrived at the temple to arrest the man and take him into custody shortly after the incident. He will be charged with the murder. It is unclear if the attacker intended to murder the man in the temple or if he went too far in his beating.

When the police came to Wat Khiriwong to arrest him, they report that he confessed to the killing and said that he had been sniffing glue before the incident. According to the 42 year old man, he was high at the time when he wandered into the kitchen of the temple and ran into the victim. The murder suspect asked him for some tobacco and the man refused to give him any.

The glue sniffer was angered and argued with the 67 year old man. He then picked up a piece of firewood and began hitting the older man repeatedly with it. The 42 year old attacker did not stop beating the older man until he died from his injuries.

Hospitals will give free IUD contraception to women under 20