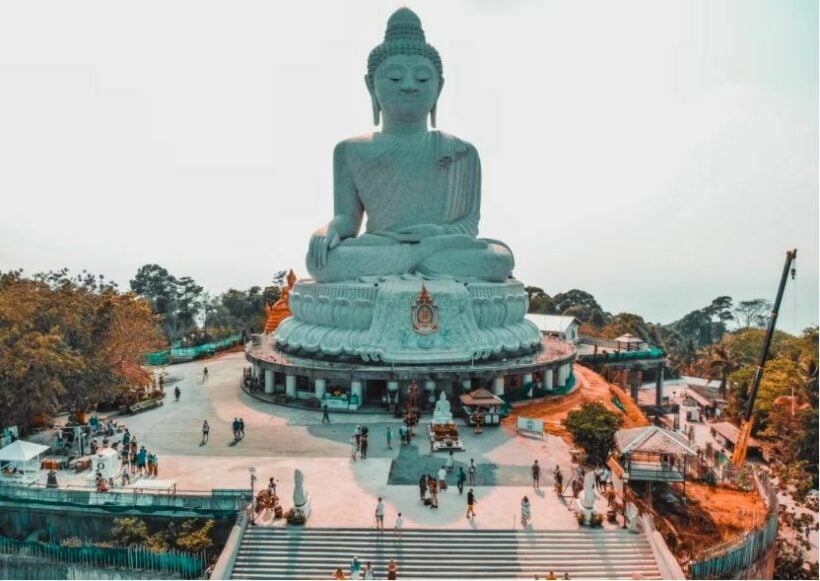 The Governor of Phuket announced in a speech yesterday that his goal was to maximize income distribution as the island begins to open up more. Phuket is expecting an influx of tourists to arrive after the November 1 reopening, and a campaign is being launched to make sure that the benefit from the increased tourism can be shared by all.

The campaign is called “Together Phuket Stepping Forward,” and is intended to unite business leaders and Phuket officials in preparing and promoting the island for tourism. Governor Narong Woonciew commented on the success of the Phuket sandbox scheme, and described how he was hopeful that this new campaign would enable the island and its people to recover and prosper.

“Moving forward from now on, it is important that we create as much income distribution as possible, to minimise the economic gap so that we can walk together in a stable manner in the midst of volatility. Phuket is ready to be a sandbox in every aspect of development to benefit the people of Phuket and Thailand.”

The Vice-Governor added that Phuket has effectively streamlined its systems for travel to and from the island.

“Phuket entry and exit measures since October 16 are much easier. It signals the readiness of Phuket to move forward confidently. And Phuket is very ready to support the government’s policy of opening the country on November 1 and we will set a good example to welcome tourists again happily.”

With the opening of the island and crowds getting back to their normal size, it’s expected that the number of Covid-19 infections will rise. But Chief of Phuket Provincial Public Health Office Dr. Kusak Kukiattikoon believes that the number will still be manageable.

“…we will inevitably find infections from both foreign and domestic visitors, but the PPHO Health Team is confident in controlling and managing COVID-19 infections as we have learned from past experiences. With the support of all sectors, we are ready to live with COVID-19 safely.”

Dr. Kusak noted that with people recovering from the virus over the past few weeks, many more hospital beds have become available again. Even with the island reopening, economic recovery is expected to take a long time. But the President of the Phuket Tourist Association believes that with cooperation and patience, things will eventually return to normal.

“Before Phuket’s economy becomes as good as it was, it will take time and cooperation of all parties… As a result, the Phuket economy will recover. The aim is to allow Phuket residents to move forward together with enough income to support them through the crisis, and increase efforts to build tourism business sustainability for the next generation.”

PM digs in his heels, says he won’t quit while the country needs him