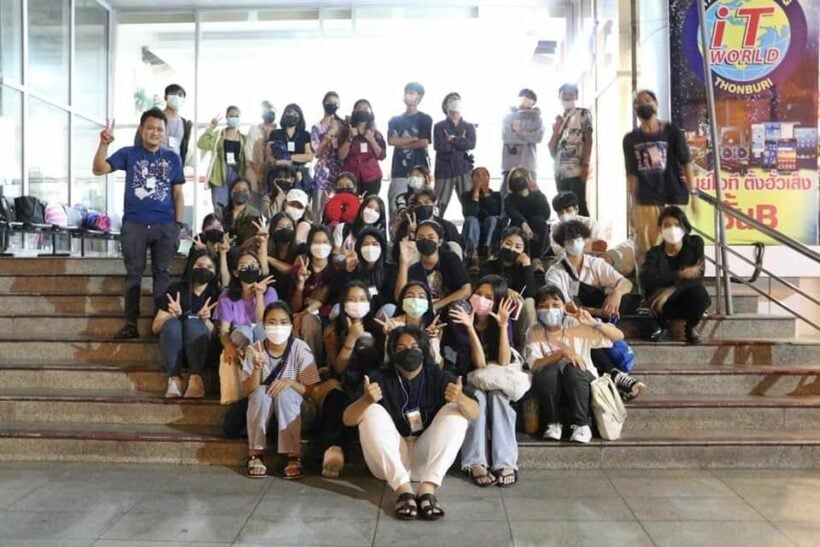 A group of 69 student volunteers camping in the middle of Thung Yai Naresuan Wildlife Sanctuary in Kanchanaburi province in western Thailand were safely evacuated by a team of local residents after getting stuck in the jungle for two days. Several days of heavy rain caused flash flooding which blocked their only route out of the jungle by car.

The students went camping having finished their volunteer work at Kong Mong Tha school in Sangkhla Buri district, where they delivered resources to improve the school’s library. The group planned to leave on May 20, but couldn’t drive back out the way they came in due to rapidly rising water levels and strong currents in the flooded Roki river.

District chief Suthiporn Siwavet asked local residents to help get the students back to safety. The director of Kong Mong Tha school, alongside teachers and local residents, worked together to repair a broken bamboo bridge to get to the villagers. The rescue team walked a further 6 kilometres before finding the group and guiding them back out of the jungle.

Villagers adept at driving motorbikes on the forest’s muddy paths picked up children and members of the group with health problems and drove them out of the campsite. Everybody else walked 6 kilometres to the nearest road where villagers picked them up in cars and pickup trucks and took them back to Sangkhla Buri district.

The team managed to successfully guide all 69 members of the group back to safety by yesterday evening, May 22, two days after the group planned to leave the campsite.