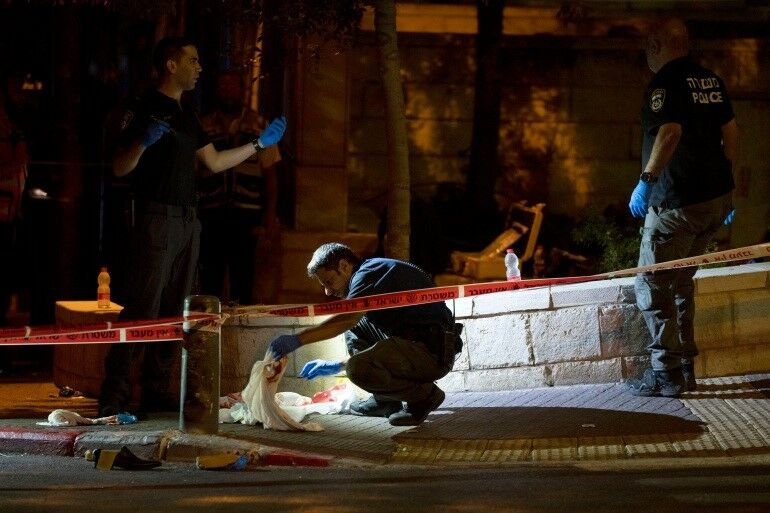 Mainstream media last night reported eight people had been wounded after a gunman opened fire at two locations in Jerusalem.

According to reports. the man who pulled the trigger is believed to be a Palestinian who targeted a bus carrying Jewish worshippers who had just prayed at the Western Wall and people in a car park near the holy site.

Two of the wounded are in serious condition, including a pregnant woman.

The gunman, identified as Amir Sidawi, a 26-year-old from East Jerusalem’s Silwan district, fled the scene but later turned himself in along with the pistol he apparently used.

Israeli police said he had a criminal record but no known affiliations with Palestinian militant groups and that he acted alone.

The bus driver, Daniel Kanievsky, reported his vehicle had been full of passengers when it stopped at the Tomb of David station in the early hours of Sunday.

“We opened the ramp for someone on a wheelchair, and then the shooting started. Everyone got down on the floor, screaming. I tried to escape, but the bus couldn’t drive with the ramp open.”

The pregnant woman was shot in the stomach and had to have an emergency Caesarean section at Jerusalem’s Shaarei Tsedek Hospital. A hospital spokesman revealed the woman was in a serious condition and that her baby was in a serious but stable condition.

A family of four from New York, waiting for a taxi at the bus stop, was also hit in the crossfire. The family’s father was hit in the head and neck and is in serious condition in hospital.

The attack comes a little over a week after the Israeli military launched a three-day military offensive on the Gaza Strip, on Friday, August 5, which reportedly killed 48 people, and injured around 350, including 17 innocent children according to Gaza’s health ministry.

International humanitarian law prohibits indiscriminate and disproportionate attacks and requires all parties to an armed conflict to distinguish between military targets, civilians, and civilian objects. Israel as the occupying power in the Occupied Palestinian Territory, including the Gaza Strip, is required to protect the Palestinian civilian population from violence.

Israeli authorities have imposed a closure policy against the Gaza Strip since 2007 by strictly controlling and limiting the entry and exit of individuals, maintaining harsh restrictions on imports including food, construction materials, fuel, and other essential items; as well as prohibiting exports.

Which type of health insurance do you need in Thailand?