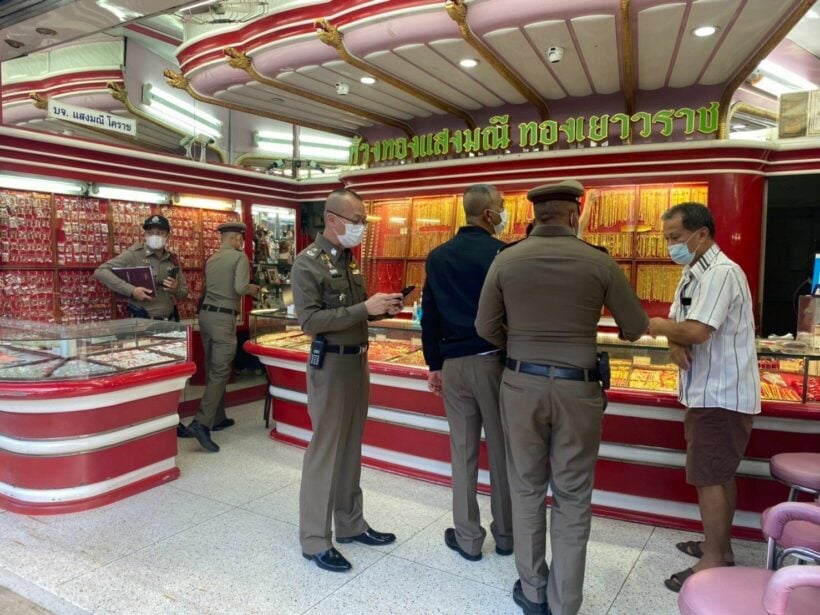 A lame-leg university student who used a fake gun to rob a jewelry store of gold necklaces worth 150,000 baht in the Isaan province confessed he only did it to fund a cannabis plant business.

The 24 year old, named Pornthep, held up the gold shop at gunpoint on Chom Pon Road in Thesaban Nakhon Ratchasima District in Nakhon Ratchasima province on Wednesday, July 27. The jewellery thief got away with five gold necklaces, weighing about 75 grams, and worth about 150,000 baht.

The shop’s security camera captured the robbery featuring Pornthep, who limped into the gold shop wearing a black jacket and a motorcycle helmet. He withdrew a gun and threatened shop staff before they put the necklaces in a bag and handed them over. The thief then fled on a motorbike parked outside the store.

The motorcycle was later abandoned by a roadside near a forest.

Officers from Mueng Nakhon Ratchasima Police Station managed to track the thief via CCTV footage near where the bike had been discarded. They revealed the thief stole the motorbike from a resident living in the Hua Talay Sub-district, Mueng District.

Officers finally arrested the suspect at a dormitory near a famous university in Nakhon Ratchasima.

Pornthep confessed that he used a fake gun to threaten the gold shop staff and stole the necklaces. He added he buried the necklaces in a cassava field near his dormitory. He said he also pretended to have a lame leg to conceal his identity.

The student also confessed the motive behind the robbery was so he could invest in a cannabis plant business.

The police returned the gold necklaces to the shop but still haven’t decided on what charges will be administered to the thief.