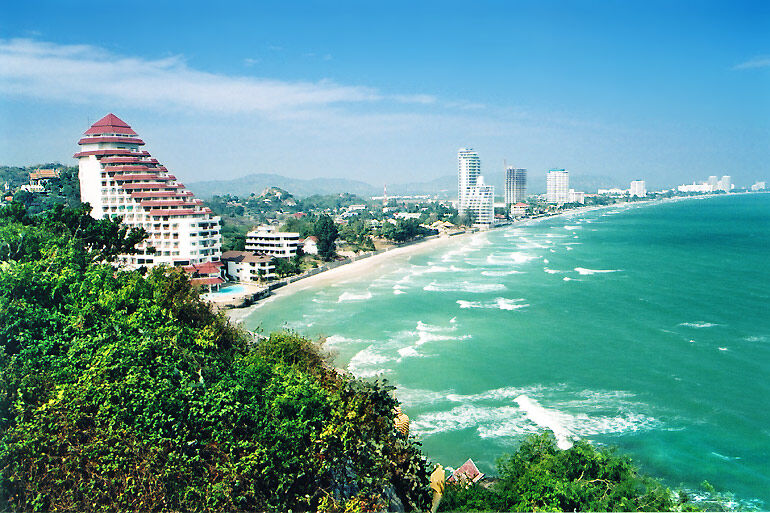 Prachuap Khiri Khan, the Western province that is home to tourist magnet Hua Hin, may not be ready for reopening in just over a week. Amid spiking Covid-19 infections, some officials in Hua Hin are calling for a delay, pushing back reopening for the town until December.

The province had 240 infections in today’s report, half as many as the day before after experiencing a spike over the last few days. But, unlike Chiang Mai that uncovered clusters in markets and suspect spread from illegal gatherings, Prachuap Khiri Khan is tracing their Covid-19 infections to a different source: migrant and immigrant workers.

The majority of infections recently have been in Pran Buri district, where 362 of Saturday’s 445 reported infections were found. A good chunk of those infections was traced to 4 factories that produce canned fruit as well as the staff dorms at the construction site of a dual-track railway project underway. Many of those who tested positive for the virus are Burmese workers.

The surges of infections are worrisome as the resort town of Hua Hin is experiencing a parallel surge in hotel bookings this holiday weekend. Many local businesses are fearful that the influx of tourists in the town could lead to big outbreaks with Covid-19 spiking in the province as well as nearby provinces as the tourists return home after a long weekend holiday.

An advisor to the Hua Hin-Cha Am Tourism Business Association expressed the concern of the local businesses and called for the reopening of their city to be delayed until December instead of joining the November 1 reopening plan along with many provinces around Thailand in order to get the Covid-19 infections under control.