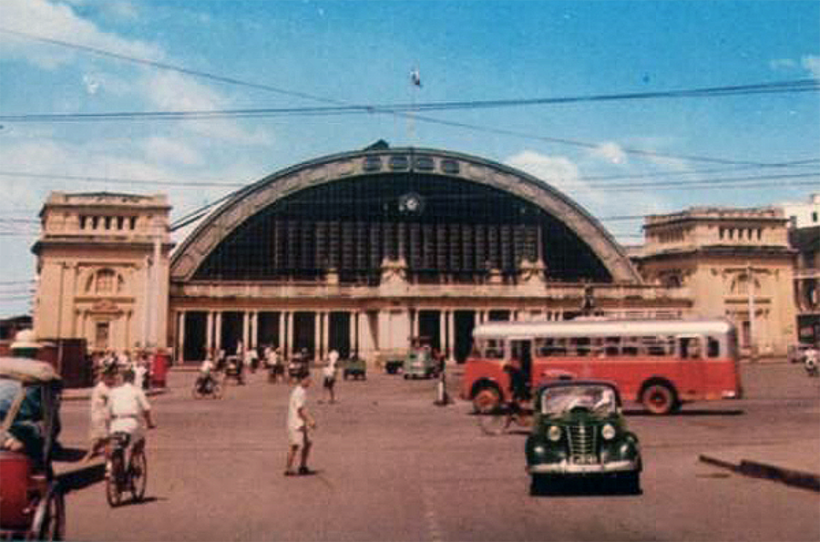 As the final trains pull into the historic Hua Lamphong railway station in Bangkok over the next few months, public hearings are being called to examine redevelopment options. Bangkok’s old railway hub is officially moving to the much larger, new Bang Sue Grand Station this month. The first hearing about Hua Lamphong’s future is being held on December 14. But, although the plans to move Bangkok’s railway hub to Bang Sue has been on the cards for a few years, last month’s news that the State Railways may use the land to build a commercial shopping precinct has drawn a lot of flak. Read more about that HERE and HERE.

A government spokesman says the hastily organised hearings will be held to test the mood of the general public and stakeholders about the future of the old building. The hearings will be online events.

Suddenly the plans to decommission, and redevelop, the 105 year old train station has rallied a last minute call to action from fans and academics. Even the State Railway of Thailand labour union is running an online campaign to keep the old station open, either as a part of a new development or as a museum.

Stories about the SRT needing to redevelop the land as a new commercial hub drew the ire of critics who claim the relocation from Hua Lamphong to Bang Sue will add additional expense for people who need to commute from the Hua Lamphong area to the new station to then take onward journeys. But Bangkok’s theoretical ‘centre’ has also moved over the past 100 years and the new network of MRT and BTS stations, along with the buses, now merge through the new Bang Sue transport hub.

Good news for the train fans though with the transport minister saying that 22 of the 100 trains in use will be retained at Hua Lamphong during the transition from the old station to the new.

Bangkok Pat also checked out the history of the old station. Check it out here…

The spokesperson also noted this week that the Thai PM Prayut Chan-o-cha is a fan of the old station and was aware of local backlash about the movement of the railway hub from Hua Lamphong to Bang Sue.

Meanwhile, in a further definition of its redevelopment plans, the SRT governor Nirut Maneephan has told conservationists that Hua Lamphong won’t be pushed over for a new shopping centre.

“It won’t be demolished as it is a historic landmark associated with the reign of King Rama V.”

So, for the immediate future, the historic landmark, whilst being wound down as a critical transport hub, will still serve as a reminder of Bangkok’s transport history and the many happy arrivals and departures.