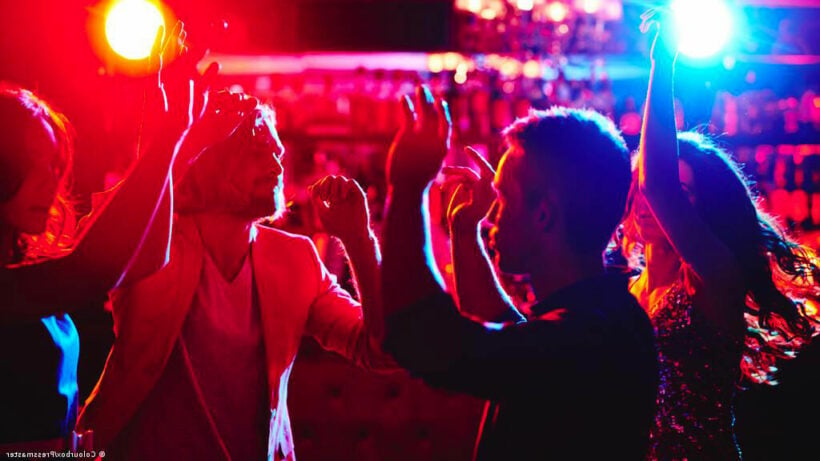 “Why not just catch Omicron and get it over with? It’s a mild cold and will boost immunity, right?”

Not a day goes past when the opinion is expressed widely, and often, on various social media around the world, where they add their school biology classes with various theories on the internet and come up with a “cunning idea”.

Go out and catch Covid.

“If you’re full vaccinated, and even better, boosted, you’ve got nothing to worry about, right? Time to move on and live with this virus.”

Now, the idea of intentionally catching Covid has become a ‘thing’. Including from some of the anti-vaxxer crowd who remain both the most “at risk” and the most likely to drag out this pandemic.

Dr. Robert Murphy, executive director of the Havey Institute for Global Health at Northwestern University Feinberg School of Medicine in Chicago, says the idea “has caught on like wildfire” in the US.

“You’d be crazy to try to get infected with this. It’s like playing with dynamite.”

Simply, the more people that are infected, the more opportunities the virus has to mutate. That remains an unpredictable scenario.

And to intentionally infect yourself with a potentially fatal disease is like playing Russian roulette, no matter how low the risk may be. We are still in the early days of understanding the behaviour and pathology of this coronavirus and to throw all caution to the wind is not advised by any recognised medical authorities in the world.

Even people thinking it’s a good idea to go back to bars at the moment, not wearing their masks, etc, etc, are just prolonging the pain for everyone else and spreading a viral infection, potentially to others who may have severe symptoms.

The virus will usually win

Whilst the science of viral pandemics is reasonably solid, given hundreds years of rehearsals, near misses and medical intervention, the handling of the Covid-19 pandemic, by governments, media and the affected populations, has been abysmal.

People, and some political leaders, have conflated the idea of ‘prevention’ with ‘inconvenience’ and turned it into a political statement about ‘freedom’. Viruses generally, including Covid-19, are not interested in political affiliations or the affect on your liberties.

Remember those Chicken Pox parties in the 50s, 60s and 70s, when parents would organise their children to join in a party with an infected child “to get it out of the way”? It was poor science then and, half a century later, even a more stupid idea now. But at the time people thought it was a good idea.

This writer, suffering Shingles (Chicken Pox virus) attacks now, is a direct result of being deliberately infected with Chicken Pox when I was 8 years old.

We also know that a virus needs a host to infect, then ‘we’ spread the virus to the next person, doing all the hard work. Viruses, like all genetic code, replicate imperfectly and don’t recreate themselves 100% accurately each time. The vast majority of those mutations will be benign, of no danger to the host. But eventually there will be a mutation that will cause different symptoms in their hosts, potentially more lethal or more transmissible. And that mutation then infects other hosts.

The longer a virus circulates in a community, the more likely it is to mutate. The more hosts, the more opportunities for mutation. It’s a numbers game.

SARS and MERS were also recent (well 2 decades ago) coronaviruses which, through stringent lockdowns, isolations and border closures, were largely contained, to an extent where the virus ran out of hosts. MERS had a death rate of 34%. SARS had a death rate of 9.6%. Both were much less transmissible, thankfully, than Covid-19.

Infectious disease specialist Professor David Heymann, who is also an adviser to the WHO, believes that even the common cold, also a coronavirus, probably also emerged as a zoonotic event in the distant past, where the virus made the jump from animals to humans.

(Of interest, there is a report released one week ago that speculates that Omicron emerged from the original strain of Covid-19, infecting an animal – mice – mutating, then sometime late last year, making the jump back to humans again as ‘Omicron’.) Read more HERE or watch Dr. John Campbell below…

Dr. Heymann says the big change since the emergence of the common cold, with MERS, SARS and Covid-19 since the year 2000, is our modern lifestyle, perfectly attuned to the spread of viruses.

“But they (common cold viruses) did not have the opportunity to hop on international flights and spread rapidly around the globe. They likely circulated locally and then gradually spread to neighbouring countries and onward throughout the world.”

It might be for some, others will not even know that they have been infected, re-transmitting the virus unwittingly as Covid-19 incubates inside them.

Around the world, symptoms like significant fever, body aches, swollen lymph nodes, sore throats, heavy congestion and mild to nasty headaches are being reported, even in “milder cases” of the Omicron variant. As reported widely in the early days of Omicron in the US, cases started to rise and many industries were impacted with staff reporting in sick. Factories were closed, banks reduced hours, flights were cancelled.

A US Centres for Disease Control and Prevention published a study of over a million US Covid patients and the found the risk of a “severe outcome” was higher in vaccinated people who were 65 or older, people with poor immune responses, or people with diabetes, chronic kidney disease, or cardiac, pulmonary, neurologic or liver problems.

Probably nothing new there.

But even people without underlying health conditions, even in perfect health or with fully functioning immune systems can get severely ill, according to the report.

But doctors still warn that it can be a severe illness, albeit less likely to land you in hospital or in an ICU.

“You should never want to get infected.”

Long Covid is a thing

Heading into the third year of the Covid-19 pandemic, we’re now hearing more about lingering Covid ‘hangover’ and several international studies are starting to paint a picture of a lingering illness in some.

Losing your senses of smell and taste is a reasonably common symptom in earlier, mild Covid cases. Now, numerous studies indicate up to 80% of people get back their taste and smell within a month or 2, but for others the symptom can linger for 6 months or more. And there are some who never regain one or both senses.

Omicron has an infection rate thought to be between 4 – 7 times greater than any earlier variant of Covid-19. So there is a lot more people getting the virus and, consequently, even though there may be less chance of being hospitalised, still a significant number of people needing hospital care.

The US Department of Health and Human Services are calling for help and reporting “critical staff shortage”. Their report shows that there are now more staff shortages in the US health system than any time in the past.

The HHS data shows that ICUs across the US are more than 80% full (as of last Saturday), with around 30% of the beds being used to treat Covid patients.

Worse, elective surgeries are being cancelled or postponed, and health care officials are worried that the US health system, clearly not designed to handle Covid patients, won’t be able to provide adequate care if the demand continues to rise.

You’re spreading the disease to children

At this stage, because the emergence of Omicron is relatively recent, few children have had a booster shot, seen as an additional safety barrier against developing severe symptoms.

So your exposure to Omicron, not wearing a mask or following social distancing protocols, gathering in crowds (especially indoors), will also expose children around you to unnecessary higher risk.

The American Academy of Pediatrics reports an uptick in the infection rate in children… “far exceeding the peak of past waves of the pandemic”.

In fact it’s a 78% increase over the 325,000 added cases reported the week ending December 30, 201 and triple the number of cases from the 2 weeks before, according to a report in AAP.

So the sheer number of Omicron cases is resulting in a record number of cases of children under 18 being sent to hospital.

Learning to live with Covid

It sounds like a great soundbite when coming from a politicians mouth, but it’s not a scientifically valid proposition to ‘live with’ a new virus, with emerging strains. We may indeed be propelling ourselves headlong to an endemic situation, perhaps as early as later this year. But the journey between pandemic and an endemic virus, is unchartered territory and the virus have all sort of twists and turns up its sleeve before its done. And if we want to ‘live with it’ we will continue to live with the threat of mutations into the distant future.

So, as Nicholas Christakis, director of the Human Nature Lab at Yale University, said in an interview with Amampur and Company, “whilst we’re not at the beginning of the end of this respiratory pandemic, we’re thankfully approaching the end of the beginning.”

Viral pandemics, historically, last longer than 2 years and we still have many moving parts, a lot still unknown, a restless population of viral hosts and politicians willing to eschew the science and invent their own ‘science’.

Stay safe, wear your mask and respect the people around you.

Study: Sinovac with a Pfizer booster more effective that AstraZeneca