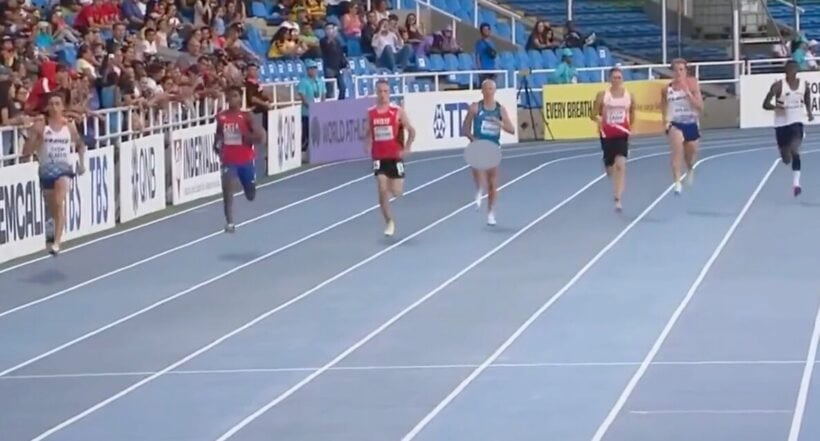 A member of Italy’s U20 track team had an awkward run today, and so did the man it was attached to.

An Italian runner has accidentally showed off his crown jewels to the world during a 400 metre race at the World Athletics U20 Championships, held in Columbia. As he was dashing to the finish line, his ‘man parts’ fell out of his shorts. Video footage of the now mortified runner, 18 year old Alberto Nonino, shows him desperately trying to pull up his shorts, as the area around his crotch is blurred by the camera.

Media outlets around the world have now reported on and mocked Nonino’s tragically embarrassing blunder. Right after the race, the young athlete posted an Instagram story clarifying that the incident was “obviously an accident” (in case anyone thought Nonino had planned this out). He wrote…

“I’m trying to laugh about it now but immediately afterwards I felt terrible and I’m thankful to my friends and family for helping me get over what happened a few hours later.”

The video footage of the incident showed that Nonino had just overtaken several of his fellow runners, and was almost at the front of the pack, when his nether-regions suddenly became exposed. He ended up coming in last, with a time of 51.57 seconds.